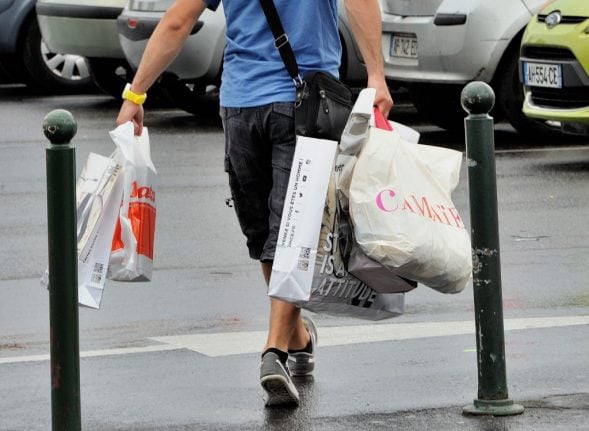 People in France are told to hit the shops. Photo: AFP

As France moves to 'stage 2' of lifting lockdown when cafés and bars will reopen along with shops the labour minister Muriel Pénicaud has urged people to support the newly reopened businesses by spending money at them.

With virtually everything closed, French people in total saved around €60 billion during lockdown, but with long-term fears about the economy and job security, many people are worried about spending too much. The minister said: “The French have saved and put into savings €60 billion during the period of lockdown.

“This money is also a good thing and needs to be re-circulated, because that is what will get trade and industry going again, and it will help a lot in the recovery.”

In the first three months of the year, GPD shrank 5.3 percent, Insee said on Friday, less than its initial estimate of a 5.8 percent decline.

But the agency warned this week that GDP would probably contract 20 percent in the second quarter under the full effect of the lockdown, which the government began easing only this month.

Consumer spending in April was also down by more than a third – 34.1 percent –  from the same month last year.

The recession has also pulled down inflation, which slowed to just 0.2 percent in May from a year earlier, reflecting lower energy prices as well as falling costs for food and manufactured goods such as steel, machinery and textiles, Insee said.

More than half of France's private-sector workers found themselves without jobs after the lockdown was imposed, though the government has continued to pay the bulk of their salaries to avoid a surge in layoffs that could prove permanent for many.

It has announced €110 billion in financial aid and other relief for businesses, although Finance Minister Bruno Le Maire has nonetheless warned of a “cascade” of company failures.

The government has forecast an eight percent GDP slump for the full year, but Insee said this week that the decline would likely be worse. 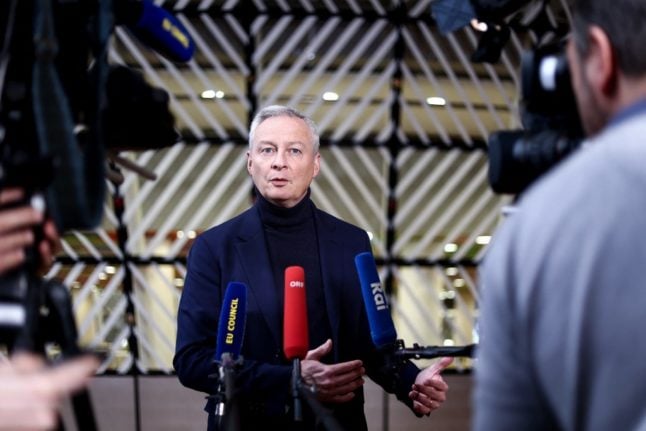