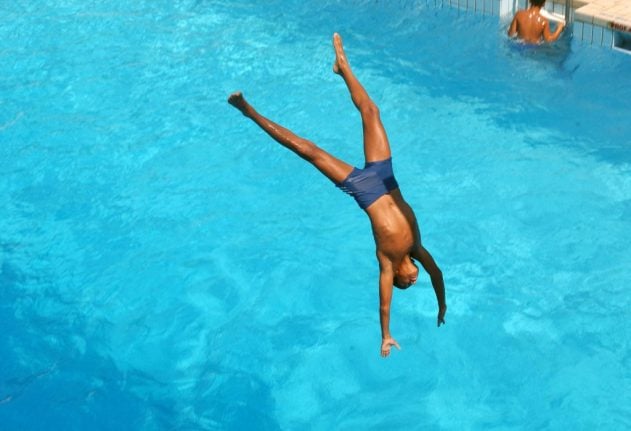 Swimming pools, along with gyms and indoor sports centres, have remained closed during phase 1 of lifting the lockdown and people are still restricted to individual outdoor exercise such as running or cycling – although golf and outdoor tennis are also allowed.

As France prepares its plan for 'phase 2' of loosening lockdown restrictions from June 2nd, the Sports Ministry is working on a plan to reopen a small number of swimming pools as a test of new protocols.

READ ALSO What can we expect from 'phase 2' of France's lockdown?

French media reported that the ministry intends to select around 20 pools, in both mainland France and the overseas territories, in a list that will be published at the end of the week.

If the trial goes well, others would reopen later.

Among the measures being considered to keep swimmers safe and avoid spreading the virus are:

It is understood that around 35 swimming pools have applied to reopen, in both the red and green zones.

Certain lanes on French motorways including the A1, A13 and both the interior and exterior ringroad in Paris could soon be reserved for buses, taxi and cars with more than one person inside.

The government consultation has been launched into plans for six roads in the Île de France region – the A1, A4, A13, A14, A86 and the Paris périphérique – after the 2024 Paris Olympics.

Sections of some of these roads (mainly the Paris périphérique) will be used during the Games as ‘voies olympiques’ (Olympic lanes) during the Games – reserved for athletes, media and others accredited by the Paris Olympic committee at peak times. They will be equipped with traffic cameras and extra signage for this purpose.

However, once the Games are over, Paris authorities have proposed not simply returning the lanes to normal, but instead reserving them for shared vehicles – buses, taxis and any car with two or more people inside.

Paris City Hall has been involved in testing several different methods of ‘carpooling cameras’ that can show how many people are in a vehicle, but it is not yet clear how the shared-vehicle lanes would work.

The French government is trying to encourage car-sharing as a way to lower France’s energy consumption, offering €100 to anyone who signs up to a car-share platform.

You can have your say on the consultation here.