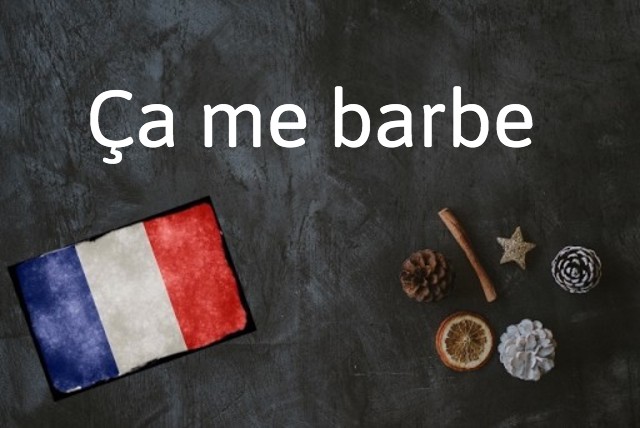 Why do I need to know ça me barbe?

It's to be used in those special moments when you're really bored to death.

Ça me barbe is a wonderfully literate way of expressing boredom.

Translated to 'it beards me', the expression is literally saying that something is so dull that it makes you grow a beard that even Gandalf could be proud of.

Ça me barbe – It bores me to death.

There are several theories as to how barbe came to signify boredom.

It may well also be linked to the gesture where you stroke your index finger and thumb down your cheek like you're stroking your beard.

J'en peux plus de confinement, ça me barbe. – I can't stand lockdown anymore, it bores me to death.

Ouf, c'était vraiment barbant. – Ouf, that was a real bore.

Ça m'ennuie – it bores me

Ça me fait chier – it bores me (vulgar version)