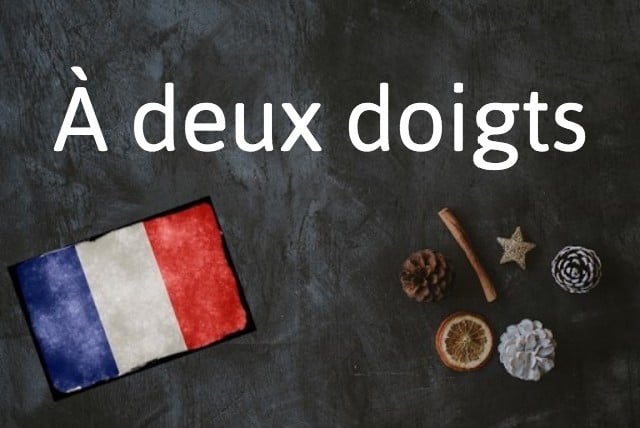 Why do I need to know à deux doigts?

Because it's a good expression for when you're come really close to something, just not close enough.

A deux doigts literally translates to ‘two fingers from’, which means being ‘very close to’ something.

Deux doigts is the metaphor for being incredibly close to something – two fingers more and you would have done it/achieved it/reached it – but then you didn't.

Tu es à deux doigts de means you’re ‘at the verge of’ or 'on the brink of' something.

This is one of those expressions that often come in handy during conversation.

J’étais à deux doigts de m'acheter une glace, puis je me suis dit qu’il fallait garder de l’appétit pour notre dîner. – I was so close to getting an ice-cream, but then I thought I should probably save my appetite for our dinner.

Il a raté le but de rien de tout, c’était vraiment à deux doigts – He missed the shot by a hair's breadth, it was really close.

Sur le point de – on the point of