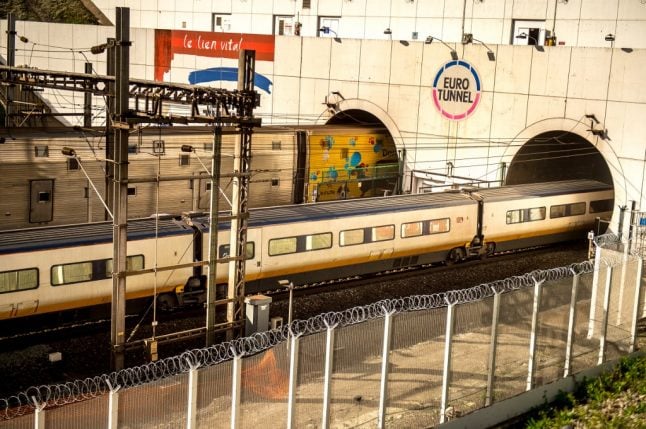 Britain's Home Secretary Priti Patel announced on Friday night that from Monday, June 8th, all arrivals into the UK will be required to self-isolate for 14 days after arriving into the country.

The UK, which has the highest recorded coronavirus death toll in Europe, has not brought in border controls so far during the outbreak, but announced last week that it intended to introduce a quarantine.

A joint statement from French president Emmanuel Macron and British Prime Minister Boris Johnson initially said that people travelling between France and the UK would be exempt from the requirements, but the Home Secretary's announcement on Friday listed only exemptions for certain categories of people including lorry drivers and migrant workers.

The French government said that it “regretted” the UK's decision, but said that it would impose reciprocal measures on people arriving in France from the UK.

The quarantine in France is largely academic at this stage as travel into the country is still heavily restricted until at least June 15th.

A spokesman for France's Interior Minister told AFP on Friday: “We take note of the British government's decision and we regret it.

“France is ready to put in place a reciprocal measure as soon as the system comes into force on the British side,” it added.

The French government later released a fuller statement on its quarantine plans, which it said would be a 'voluntary quarantine' – people coming from the UK are asked to self-isolate for 14 days but there will be no spot-checks or fines as the British government is planning.

The French statement outlined measures for a voluntary quarantine for people arriving from Spain – which has also imposed a quarantine – and added “in the same way, travellers from the United Kingdom, whatever their nationality, will be invited to place themselves in a 14-day quarantine, following the announcement of the British measures.”

The French statement added that the following groups will not have to quarantine, unless they are displaying symptoms

The French rules will come into effect when the British ones do, currently set for June 8th.

British rules will require all arrivals into the country to fill out an online form before arriving, stating their onward travel plans, contact details and the address where they intend to self isolate. Failure to complete the form attracts a penalty of £100.

People arriving in the UK will then be able to travel to an address of their choice to self isolate – although they are advised to use personal transport rather than public transport. They will not be allowed to accept visitors, but if they are self-isolating with family or friends, those they are staying with will not have to self isolate.

If new arrivals cannot provide a suitable address at which to self-isolate, they can go to hotels arranged by the British government.

Failure to stick to the conditions of self-isolation could net a £1,000 fine in England, with the government saying that public health officials would make spot checks. Scotland, Wales and Northern Ireland will set their own fine levels.

The people listed as exempt from the quarantine requirements were;

People who are neither British citizens nor full time British residents can be refused entry by the Border Force if they refuse to comply with this conditions.

The plan will be reviewed every three weeks.

Professor John Aston, the British Home Office's Chief Scientific Adviser said: “The scientific advice so far has been clear: while there has been significant community transmission of the virus within the UK the impact of putting in place additional border restrictions would have been negligible to the spread of the virus.

“However, the spread of the virus within the UK is now lessening. We have been successful in getting the reproduction number R – the average number of new people infected by one infected person – below 1.

“As the number of infections within the UK drops, we must now manage the risk of transmissions being reintroduced from elsewhere.”

Travel into the UK is not currently restricted, but France has imposed tight border controls – only essential travel is allowed and everyone entering the country needs an international travel permit.

France is also quarantining arrivals from Spain after Spain announced its own quarantine on all new arrivals.

France will be reviewing its rules before June 15th, a date that the Foreign Minister Jean-Yves Le Drian has he hoped could mark a “generalised easing” of restrictions on travel.