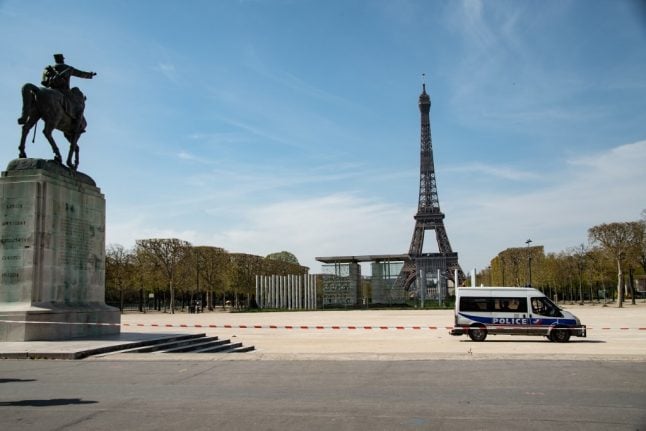 Scenes of packed squares and riverbanks in Paris and other cities this week have the authorities worried that social-distancing diligence will fade in the spring sunshine forecast for much of the country.

The government is walking a fine line, hoping to avert a new surge in COVID-19 cases even as it cautiously reopens some businesses and lets people now travel within 100 kilometres of their homes without requiring a justification.

Since the lockdown was eased Monday, “the response has globally been positive,” government spokeswoman Sibeth Ndiaye told France 2 television.

“But significant efforts must still be made” ahead of the summer tourism season, she said, when cooped-up families will be looking to escape to countryside retreats or beaches.

Deputy interior ministry Laurent Nunez  called Thursday for “civic-mindedness” after the government conceded that its limit on public gatherings to 10 people or less could not be enforced in private homes.

“It's a matter of common sense,” he said. “Everyone needs to be responsible, to decide if you want to be part of the chain of transmission for this virus. On our side, we are trying to break it at all costs.”

Local officials have reopened large stretches of beaches along the Atlantic coast, a “green” zone where the virus threat remains contained for now, but only strolling and swimming will be allowed – no sunbathing, and no crowds.

But parks in Paris, a hard-hit “red” along with large parts of northeastern France, will remain closed, despite a plea from a doctors' union to grant Mayor Anne Hidalgo's request to make them available to residents in search of fresh air.

“Parisians, especially the less privileged living in the densest areas, haven't had room to breathe during the lockdown and cannot take it any longer,” the CSMF union said.

The government has refused, and this week ordered a ban on alcohol consumption alongside the Seine and the city's canals in a bid to dissuade merrymakers.


Call of the wild

Officials are also urging people to remain vigilant when venturing into forests, where rangers are bracing for a wave of hikers and bikers.

“We'll have to issue some reminders,” including the need for face masks when encountering other users, said Arnaud Péricard, mayor of Saint-Germain-en-Laye, a Paris suburb that serves as a gateway to a popular neighbouring forest.

“I'm trusting that people will behave responsibly,” he told AFP this week.

READ ALSO How likely is a second wave of coronavirus cases in France?

But horseback patrols will also be deployed across the 39 forests surrounding the French capital to ensure social distancing, regional authorities said.

Several smaller museums and monuments also began reopening this week, hoping to cater to visitors eager for a taste of culture after two months of strict stay-at-home orders.

But space will be limited: The majestic Chartres cathedral, which falls within the permitted 100-kilometre radius of Paris, is allowing just 10 people at a time, for 20 minutes maximum.