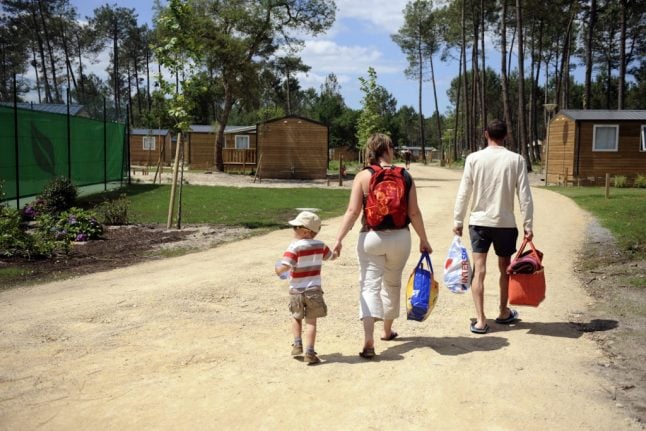 But with strict controls on international travel still in place, it might be staycations only for the French this summer.

Tourism forms a major part of France's economy and France was the most visited country in the world last year.

“The tourism industry is facing its toughest trial in modern history,” Philippe said during a press conference held after a meeting with representatives from the sector.

“Keep in mind this number, 95 percent of France’s hotels are today closed,” he said.

To help the struggling sector weather the coronavirus crisis, the government had thrashed out an €18 billion rescue plan, including €1.3 billion in direct public investment.

“Whatever strikes tourism obviously strikes at the heart of France,” Philippe said.

France on Monday, began to lift its strict, nationwide lockdown, with some shops reopening, some children returning to school, and people being able to move around freely without a permission slip.

But the country's hotels, bars, restaurants and cafés will remain closed at least until June 2nd, the second phase of the French government's strategy to safely of lockdown.

The PM said the the government was currently working on a plan as to how such a reopening would happen.

A final date for when the sector could get back in business be would be set “around the week of May 25th,” the PM said.

“Reopening as of June 2nd can be envisaged in green départments, if the epidemic situation does not deteriorate,” Philippe said.

Before the lockdown, France divided the country into red and green zones, with slightly looser restrictions in the green zones, which have lower coronavirus infection rates and less pressure on hospital intensive care units.

READ MORE: This is France's map of red and green départements for easing restrictions

The PM also had some cheerful news regarding summer holidays this year.

“People in France will be able to go on holiday in France in July and August,” Philippe said.

While specifying that this was a “reasonable hypothesis” that could vary “depending on local circumstances,” he said people “can make their reservation.”

“Actors in the tourism and hotel businesses have promised to fully reimburse any reservation that – in the event of a worsening epidemic situation – has to be cancelled,” he said.

However the PM was clear that he was talking about staycations – that people already in France would be able to visit another part of the country (or one of France's overseas territories such as Martinique).

Currently non essential travel in France is limited to within 100km of the home and Philippe did not mention scrapping this limit, although it will be reviewed as the country moved to phase 2 in June.

The EU has published a plan for a phased restarting of travel within Europe in an attempt to save the summer holiday season – although the plan does not give specific dates and is only advisory for countries to follow.

The French government was working with the EU to facilitate the measures of such a plan, according to the PM.

Following the PM's speech French rail operator SNCF announced that it will open up reservations for the summer on Friday, May 15th.

Around the country beaches are also starting to reopen – which needs permission from local authorities. There are now 111 beaches that have reopened, including in Brittany.

But even in the event that some bars, restaurants and hotels begin to reopen in June, the financial losses inside the sector will be enormous.

France's restaurants and bars – especially those in the capital – have had two hard years, taking massive financial hits first during the “yellow vest' protests and then the mass-strikes that halted public transport for the entire month of December and parts of January.

To help alleviate the losses, the PM said the national solidarity fund, set up in March to provide grants to small businesses struggling financially because of the lockdown, would be  extended “for the tourism sector until the end of 2020.”

The solidarity fund has been open for small businesses with up to 10 employees, providing grants of up to €1,500 for the months of March, April and May.

Philippe said tourism businesses with up to 20 employees would be able to access the scheme, and that the grants would be up to €10,000 for those hardest hit.

The country's partial unemployment scheme – known as chômage partiel – would remain in place for the sector at least until the end of September.

The scheme could be extended “if their activities retake too slowly,” Philippe said.

The government has given €300 billion in state guarantees to banks to encourage them to give out loans to struggling businesses.

So far, €6.2 billion in state guaranteed loans have been extended to 50,000 businesses in the tourism sector, Philippe said.

But a new and reinforced “seasonal” loan scheme reserved for the tourism sector would be put in place, Philippe said.

France's banks have also agreed to postpone payments on loans for 12 months instead of the current six in order to give businesses space to get back on their feet, the PM said.