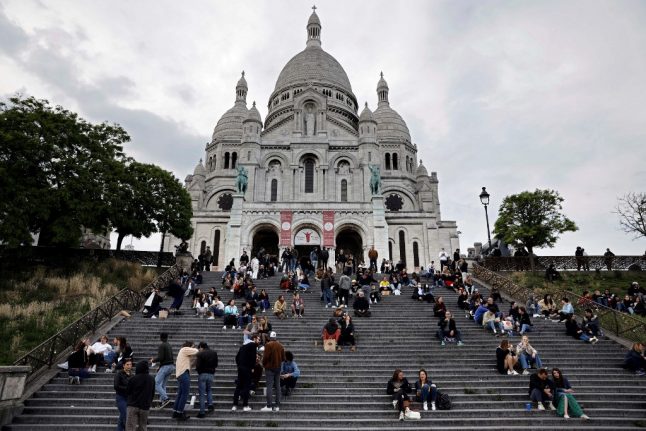 People in France can now gather in small groups of less than 10 people out in the open. Photo: AFP

For the first time in over seven weeks, France had less than 2,500 coronavirus patients registered in hospital intensive care units across the county, according to the national health agency.

The net drop in intensive care patients reflected a long trend of an easing of pressure on the country's hospitals, as France has seen a palpable impact of two months of strict, nationwide lockdown.

The total recorded coronavirus death toll reached 27,074 as France reported 83 new deaths over the past 24 hours.

France on Monday, May 11th, began to lift the lockdown, with some shops reopening, some children returning to school, and people being able to move around freely without the need for a permission slip.

Private gatherings of more than 10 allowed

The good news on the hospital side came together with a loosening of the rule on how many people can gather at the same time in private.

On Wednesday evening, the interior ministry confirmed to French daily Le Parisien that the rule limiting gatherings to 10 people only concerned those in public settings.

Gatherings of more than 10 people in private areas such as homes would be tolerated.

This was a change to what Prime Minister Edouard Philippe announced on April 28th when he said the maximum of 10 people for gatherings would apply to “both the public and private sphere.”

The government's plan had to pass through the Constitutional Council, the judicial institution that decides if a law is in accordance with the French constitution.

The Constitutional Council had the final text include that the restrictions on public gatherings “does not extend to premises used for residential purposes.”

The interior ministry cautioned the French must still demonstrate their “civic responsibility” and apply caution and strict hygiene measures to all a gatherings.

“Hygienic measures must be applied everywhere and under any circumstances, also in the private sphere,” the ministry told Le Parisien.

On Wednesday, day three of the gradual easing of the lockdown, French President Emmanuel Macron said the reopening was “generally going well.”

“We are going in the right direction,” he said during a meeting with prefects and regional authorities.

The total number of coronavirus patients in the country's hospital has gone down to 21,071 (against 23,983 one week ago).

President Macron said it was “too early to cry victory,” and that a first milestone would be reached on June 2nd.

“Depending on the evolution of the epidemic, we will be able to continue with a new phase of lifting the lockdown,” he said.