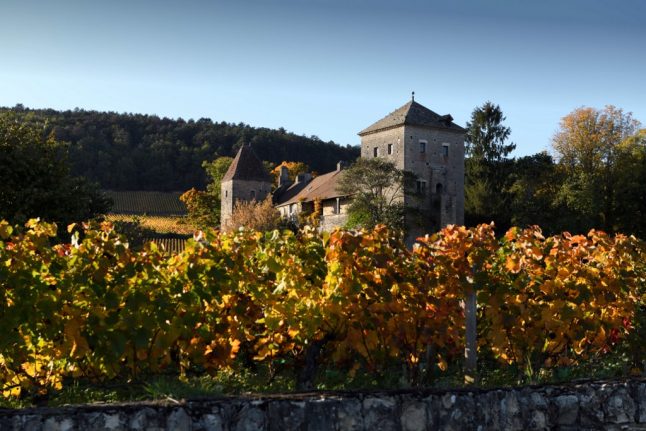 The US leader imposed the penalty last October after Washington won a long-running battle at the World Trade Organization over state subsidies to European planemaker Airbus.

The move took a heavy toll, with US imports of French wine dropping nearly half almost immediately, and Burgundy producers were especially hard hit.

Late on Monday, Finance Minister Bruno Le Maire announced that payroll taxes and other business charges would be waived for French winemakers hit by lost sales to the huge American market.

The government will also let producers distill up to two million hectolitres (equivalent to nearly 1.7 million barrels) of their excess stock into ethanol – which can be used to make sanitising hand gel during the coronavirus crisis.

The government will buy the ethanol at a guaranteed price, for a total of €140 million.

But unlike many other winemakers in France, Burgundy houses generally have little trouble selling as much of their prized whites and reds as they can make.

They also have some of the biggest overseas sales – more than have of all Burgundy wine (56 percent) is exported, and the US is the biggest buyer, with 20 percent of the total.

“We're not interested in distillation,” said Huber, adding that he was “furious”.

“We don't have any excess production in Burgundy. We only have two years' worth of stocks, so we don't distill.”

“What we want is help for our exports,” he said, adding that Burgundy sales outside France had fallen 8.7 percent by value in the first quarter.

Trump targeted French along with British, German and Spanish wines with the tariff, and his administration has since threatened whopping 100 percent tariffs on all European wine imports.

French wine associations last week had urged the government to unblock €500 million in aid, including a bigger emergency distillation plan for up to three million hectolitres.

They have also denounced the apparent lack of progress on an EU compensation package of €250 million to help offset the Trump tariffs.

“We're putting billions of euros into Air France or Airbus, but we're not helping a sector in peril,” Huber said.