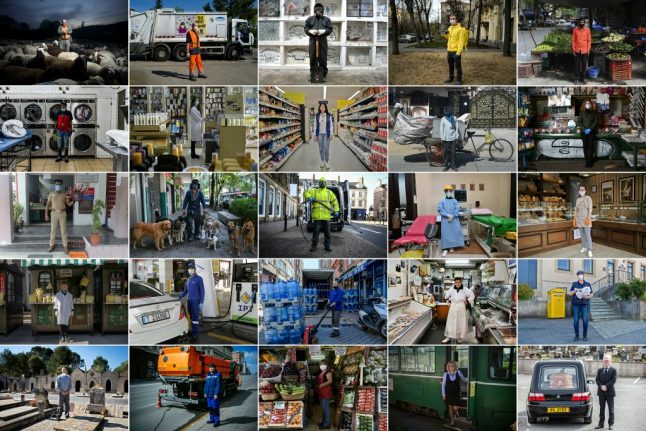 It may not have crossed your mind yet, but the past three months on planet earth will have their own chapter in history books and documentaries 50 and 100 years from now.

It’s a momentous and trying time which every country will look back on, hopefully in the knowledge that despite the loss of life and hardships it caused, it at least served to make a positive change in society.

This is the thinking behind Paris-based cinema group Lost in Frenchlation, which in normal times runs regular screenings of French films with English subtitles in the capital and regularly contributes French cinema articles to The Local.

A year ago, they hosted a screening of Chris Marker’s 1963 Le Joli Mai (The Lovely Month of May), a film which captured a cultural, political, and social portrait of Parisians at a turning point in French history.

This year they themselves want to document history in the making, with the help of anyone else in France who also wishes to participate.

“We are launching a collaborative project aimed at encouraging people to reconnect with each other and project the voice of a society in transition,” Lost in Frenchlation writes.

“At a time when humanity has been plunged into uncertainty and individualism, and as we go through a major environmental and humanitarian crisis, our project aims to find a solution in listening to each other, showing empathy for others, sharing common human values and embracing togetherness.”

The film group is calling on people who want to take part to connect with a willing stranger in the street and film the interaction (max. 3 mins).

The interviews should be centred around three main questions:
1. The person’s experiences of the Covid-19 pandemic
2. What they are hoping for or fearing about the years ahead
3. What changes they are willing to make to better society

Submissions are open to pros and beginner filmmakers alike, just remember to stick to the current safety measures such as social distancing during filming.

Participants can send their videos to [email protected] Lost in Frenchlation will select extracts to be featured in their project which they will screen in their partner cinemas once they reopen.

Whether you’re in Paris or somewhere in France or the world, you are welcome to send in your filmed Covid-19 conversation with a stranger. Interviews can be in French, English or any other language.

So, what do you think? Want to take part and one day see your video on the big screen?

If so, find out more here.