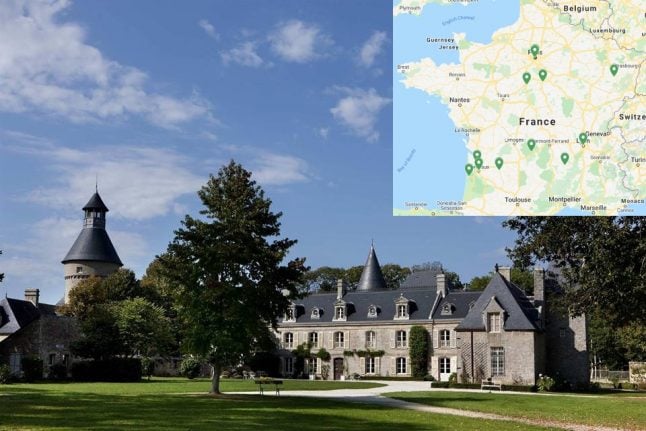 Unlike their huge rivals that attract throngs of visitors every day and are expected to remain shuttered for weeks if not months, smaller museums can more easily implement the new normal of virus-curbing social distancing measures.

“Little museums,” as Culture Minister Franck Riester called them this month, will be allowed to open from this week if directors secure approval from municipal authorities.

They will have to prove that visitor flows can be managed, perhaps with staggered entrances or limited ticket sales.

A handful have already sought permission to reopen, hoping to attract locals starving for a culture fix after two months of strict stay-at-home orders — residents are still required to stay within 100 kilometres of home to minimise COVID-19 contagion risks.

They include the Manoir de Kerazan in Brittany, one of the best-preserved feudal estates of western France, and the Musee de l'Image in Epinal in eastern France, which celebrates traditionalist prints popular since the 18th century.

The following map shows the small museums in France which have opened so far and some that will open shortly.

The Ingres-Bourdelle collection of classic paintings in Montauban, southern France, will allow access on weekends starting May 16th, and the museum in Rodez for Pierre Soulages – one of France's most celebrated living artists – will open May 21st.

Welcoming the public will also be easier at open-air sites such as the Domaine de Chaumont-sur-Loire in central France, which plans to hold its International Garden Festival this month.

But no decision has yet been made on reopening the hugely popular home and gardens of Claude Monet in Giverny, northwest of Paris.

National monuments and museums like the Eiffel Tower or Musee d'Orsay remain closed until further notice, and the government has extended its health state of emergency until July as it tries to combat the crisis.

But over a dozen smaller museums in Paris overseen by the city are aiming to open entirely or at least for some exhibits by mid-June, said Delphine Levy, the head of Paris-Musees.

“We're focusing on the museums where shows were already under way or almost ready,” Levy told AFP, adding that officials had taken advantage of the lockdown since mid-March to carry out minor repairs and renovations.

She estimated the 14 museums and sites her agency runs in Paris, including the Catacombs, the Carnavalet history museum and the home of the revered writer Balzac, had suffered €12 million of lost ticket sales and other revenue during the closures.

The privately run Giacometti Institute, which recreates the Swiss sculptor's Montparnasse studio, is opening Thursday, though only 10 people will be allowed in every 10 minutes, and the bathrooms will remain off-limits.

It has drawn up a “visitor's charter” on its website explaining the necessary safety precautions, including a minimum of 1.5 metres of social distancing.

Other lesser-known Paris museums, such as the Marmottan or the Jacquemart Andre, which had obtained loaned works from the Tate in London for a vast Turner retrospective before the crisis hit, are aiming to open on June 2nd.

Each museum will need to have regional authorities sign off on new security measures, which could include barriers at ticket windows, or restaurant and cafe closures.

As in other public buildings, directors may also have to trace obligatory itineraries on the floor, and have procedures for ensuring that people keep their distance from one another.

Among the major sites outside the capital, the Louvre's satellite museum in Lens, northern France, is hoping to reopen gradually from June 3rd.

And the Centre-Pompidou in Metz, near the eastern border with Germany where the outbreak hit especially hard, could reopen by June 13th.