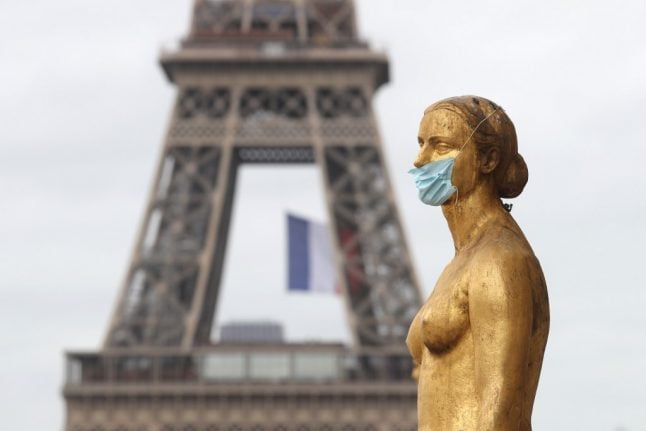 Yes, that's right – there is a weird smell in Paris and the surrounding area and no-one is quite sure what is causing it.

Now Paris does have its own very distinctive aromatic bouquet most of time – in which urine features quite prominently.

READ ALSO Perfume and pipi: The 10 smells that let you know you're in Paris

But on Sunday night, residents in the northern part of the city and its suburbs noticed a strange smell of sulphur hanging in the air.

Firefighters received a large volume of calls about the smell and by Monday morning reports were coming in from as far as Melun and Meaux, around 50km south and east of Paris respectively. There were even some calls from the Hauts-de-France and Pays-de-la-Loire areas.

The Paris Police Préfecture laboratory has taken air samples and is in the process of testing them, but in the meantime several solutions have been suggested, from a link to the heavy storms the city saw on Sunday night to a pollution leak or discharge from the sewage system.

Emmanuel Grégoire, deputy mayor of Paris, commented on social media: “The smell of sulphur was recognisable but the concentration was very, very low. Several hypotheses are being considered; sewage wastewater or a cloud of sulphur dioxide arriving from abroad.”

But Airparif, the regional body that monitors air pollution in the Paris region, said the sulphur dioxide cloud theory was unlikely.

“There is little risk of imports and there would have been other reports in other regions,” Airparif engineer Pierre Pernot told Le Parisien.

“On our measurement network, no significant increases in air pollution were detected this Sunday.
“It's more likely to be a local source of odour, even though it affects a large part of the region. This is in line with the sewage pipes.”
The heavy rain in the city on Sunday night could have stirred up hidden gases from the bottom of rivers overflow areas in the city.
The results of the préfecture's tests are expected on Monday night.