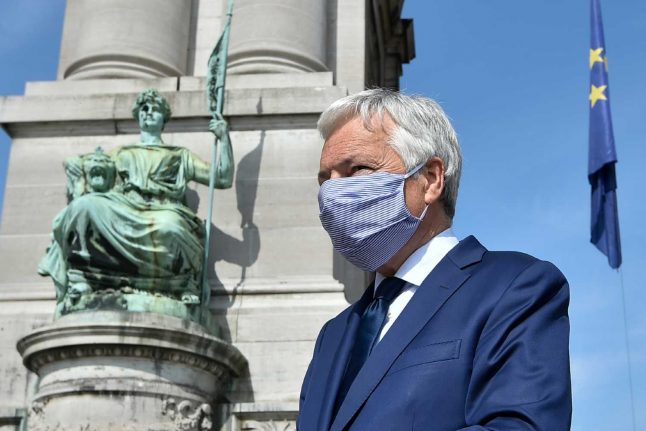 Here is an overview:

Primary schools will take small numbers of pupils, depending on space. Masks will be obligatory on public transport.

Everyone will be able to move outside without having to present a form on demand but people will only be able to go 100 kilometres (60 miles) from their place of residence.

The easing has brought mixed reactions. “I've been scared to death” about the reopening, said one bookshop manager from Lyon.

“It's a big responsibility to have to protect my staff and my customers.”

Most businesses will open Monday, with social distancing. Masks are recommended.

Cafes, restaurants and bars remain closed. In central Brussels there will be speed limits on cars and priority will be given to cyclists and pedestrians.

Schools remain closed until May 18.

Primary and middle schools will reopen Monday, with classes often reduced in size.

Half of Spain's some 47 million people will be able to meet with family or friends in gatherings of up to 10 as of Monday.

Outdoor spaces at bars and restaurants can reopen with limited capacity. Hardest-hit Madrid and Barcelona are excluded from the easing, though football clubs FC Barcelona resumed training on Friday and Real Madrid will follow Monday.

Prime Minister Pedro Sanchez has called on Spaniards to show “the greatest precaution and prudence” because “the virus has not gone away, it is still there”.

Only movements within provinces are authorised and cinemas and theatres remain closed. Schools will not start up again until September.

Prime Minister Boris Johnson will address the nation on Sunday evening to set out a “roadmap” for relaxing social distancing rules.

“We have to be realistic that there isn't going to be any dramatic overnight change,” Environment Secretary George Eustice said.

While schools remain closed until September, factories, building sites and offices reopened on May 4. Social distancing rules are in place in parks.

Wearing masks is mandatory on public transport. All retail businesses will reopen on May 18, as will museums, cultural sites, churches and libraries.

Bars and restaurants will reopen from June 1, along with hair and beauty salons. The first phase of lifting lockdown has also sparked fresh concerns.

In Milan, photographs published in newspapers of people sitting along canals enjoying aperitifs in the sunshine, many not wearing masks or respecting social distancing rules, prompted the city's Mayor Giuseppe Sala to slam the behaviour as “shameful”.

Virologist Massimo Galli also warned the city was a virus time “bomb” at risk of erupting with residents now free to move around.

Eating at the restaurant is now possible in the northeastern state of Mecklenburg-Western Pomerania, where the country's first cafes and restaurants reopened on Saturday.

Under Germany's federal system, each of the 16 states makes its own decisions on how to emerge from lockdown and cafes and restaurants will reopen in a number of other states in the coming days and weeks. Most shops are already open and children are slowly returning to classrooms.

Bundesliga football matches are also set to resume. Heeding signs of a second wave, German authorities have agreed to reimpose restrictions locally if an area has more than 50 new infections per 100,000 residents over a week.

Hairdressers, tennis courts and golf courses reopened in the first weekend in May.

Travel restrictions have been lifted and gatherings of up to 10 people are allowed, with social distancing. Masks are compulsory in public transport and shops.

Final-year school students returned to class on May 4 ahead of a gradual return for others.

Hotels can reopen on Monday but foreign tourists must quarantine for two weeks on arrival.