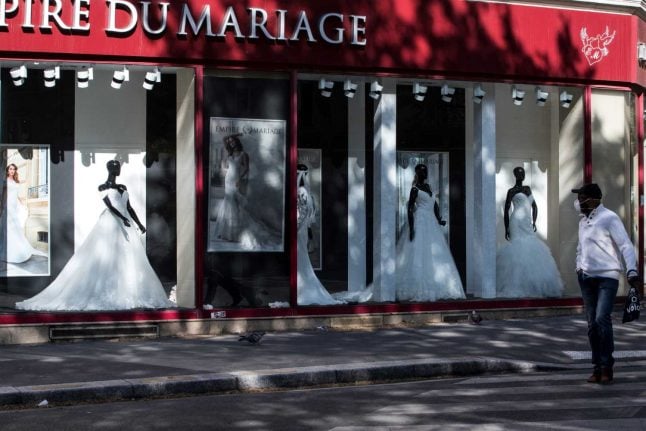 In the US, the country with the world's highest death toll, President Donald Trump faced sharp criticism from his predecessor Barack Obama who said on a leaked tape that Trump's handling of the crisis was an “absolute chaotic disaster”.

The virus has claimed more than 78,000 lives in the United States, while the worldwide death toll has surged past 277,000.

The number of infections globally surpassed four million on Saturday, according to an AFP tally.

Lockdowns and economic disruption, meanwhile, have pushed millions into unemployment in a historic global downturn.

Amid the barrage of deaths, some European countries cited signs of progress they said justified taking slow steps back toward some version of normality.

The easing, to begin Monday, has brought mixed reactions. “I've been scared to death” about the reopening, said Maya Flandin, a bookshop manager from Lyon.

“It's a big responsibility to have to protect my staff and my customers.” French health officials warned that “the epidemic remains active and is evolving”, and a state of emergency was extended to July 10.

In Spain, about half the population will be allowed out on Monday for limited socialization, and restaurants will be able to offer some outdoor service as the country begins a phased transition set to last through June.

Fears lingered, however, of a viral resurgence if restrictions are lifted too quickly, and authorities excluded Madrid and Barcelona, two COVID-19 hotspots, from the first-phase easing.

“The virus has not gone away,” Prime Minister Pedro Sanchez warned. Belgium is easing some restrictions on Monday, and in some parts of Germany bars and restaurants reopened on Saturday with further easing set for Monday.

One district in Germany's western North Rhine-Westphalia state remained locked down, however, after an outbreak at a slaughterhouse.

Overall, the situation in Europe was still far from normal.

Britain is reportedly planning to announce on Sunday that all overseas visitors will face a mandatory two-week quarantine, and the European Union warned against opening borders to travellers from outside the bloc.

Across Europe, commemorations marking 75 years since Nazi Germany's surrender were cancelled or scaled down.

President Vladimir Putin instead gave a solemn speech at a memorial outside the Kremlin walls, without mentioning the coronavirus. Russia is now the fifth hardest-hit country, with nearly 200,000 confirmed infections and a rapidly rising caseload.