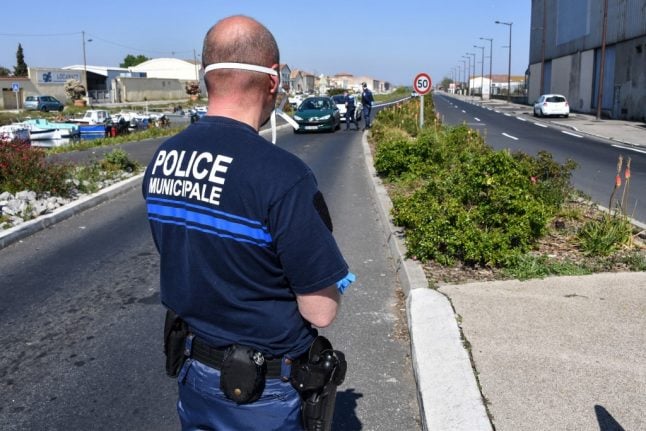 Under France's lockdown all non-essential journeys were banned and every trip outside the home – even just to the boulangerie to get a baguette – required a permission form. People were only allowed out for a certain amount of time and a certain distance from their homes.

However this has now changed, and instead the distance travelled becomes crucial. Here's a breakdown of the new rule.

What does the rule say?

When announcing the new travel rules, Prime Minister Edouard Philippe said that a permission form (attestation) would no longer be needed when leaving the house, except for journeys of more than 100km.

Journeys of more than 100km can only be taken for “imperative” reasons, such as family emergencies and vital work reasons.

Is it a new form?

Yes, there is a new form specifically for journeys of more than 100km, The paper form is available to download HERE and there is also a smartphone version HERE.

Similar to the previous forms, you need to fill in your personal details, then add the name of the place you are visiting, then tick one of the accepted reasons for travel. While travelling with this form, you will need proof of the address you are staying at, but the address doesn't have to be your main residence. So if you have decamped to your second home during lockdown that's fine, you just need some sort of proof of address such as a utility bill.

The form is for journeys which are out of your département of residence and more than 100km – you can travel 100km within your own département (if you live in one of the larger départements).

The form and address ID can be checked at areas such as motorway service stations, train stations and the entrance to areas popular with tourists.

Are there any other reasons for travel?

The broad outline of essential journeys is the same as the one currently in place for all trips.

Apart from the categories outlined on the form, people can travel to funerals, which has not been possible under the strict lockdown, although funerals must be limited to 20 people.

Moving house – this isn't on the form, but the Interior Ministry has previously confirmed that moving house is allowed if it cannot be postponed. So if a purchase has gone through or a lease ended and you face being homeless otherwise, you can still move house, even if the move is more than 100km.

How is the 100km limit measured? Whether the 100km is measured as the total length of the journey or is the distance as the crow flies from your home address makes quite a difference, and the Prime Minister clarified on Thursday that this is measures as the crow flies.

The government's géoportail site has a tool that allows you to calculate the 100km radius, and there are several other apps that also do the job and are less complicated than the rather fiddly government site – we liked the Michelin site HERE. Can I travel between départements and regions?

France's 101 départements have each been given a designation of red – for places where there are still a high number of cases and hospitals services are under pressure – or green.

This has provoked some confusion over whether it is possible to travel over département or region borders, especially from a red département to a green.

But in all cases the answer is the same – you can cross between départements and regions at will, as long as your total journey does not exceed the 100km limit.

Can I change residence?

Many people, particularly Parisians, left the cities and moved to their second home in rural areas at the start of the lockdown.

But with schools and workplaces reopening, people's thoughts are turning to returning home.

Questioned about this, Interior Minister Christophe Castaner confirmed that people can return to their main residence, even if the journey is more than 100km.

“We do not forbid the French to return to their main domain to resume their work or to send their children to school from May 11th,” he said on French TV channel LCI, before adding: “we do not want to prevent the French from moving, but the virus from moving.”

However travelling from your permanent residence to a second home or holiday home does not count as a reason for essential travel, Philippe added.

Can I use public transport for journeys of more than 100km?

Public transport started to increase from May 11th, but there are more services in the cities in suburbs to cater for commuters.

Some long distance services are running however and SNCF says it will have around 50 percent of its normal high speed TGV trains running. However SNCF is selling tickets for half the seats, to ensure that social distancing is respected, and tickets must be bought in advance of the journey.

Masks are compulsory on all types of public transport.

So if I'm going less than 100km I can travel for any reason at all?

Yes, shorter journeys have no restrictions but the government is still asking (although not ordering) people to limit their travel if possible.

Prime Minister Edouard Philippe said: “Now is not the time for a weekend break” adding that the mass movement of people from region to region should be avoided at all costs.