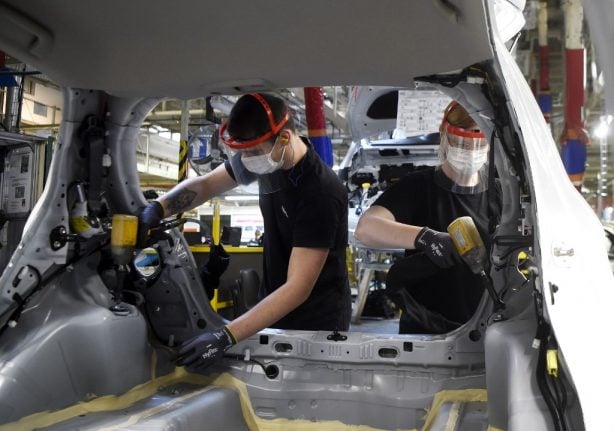 Activity declined “substantially” in all industrial sectors, after edging up by 0.8 percent in February, the institute said in a statement.

A breakdown of the data showed that construction activity was hit the hardest as it contracted by 40.1 percent on the month after a slight 1.1 percent gain in February.

A slump in auto manufacturing pushed the transportation materials category down by 35.9 percent in March, but there were also a few exceptions to the downward trend.

Pharmaceutical output leapt by 15.9 percent as the virus underpinned consumption of certain medications, and increases were also reported by companies that produced prepared meals and baby food.

For the first quarter as a whole, industrial output was 5.6 percent lower compared with the last three months of 2019, Insee said.