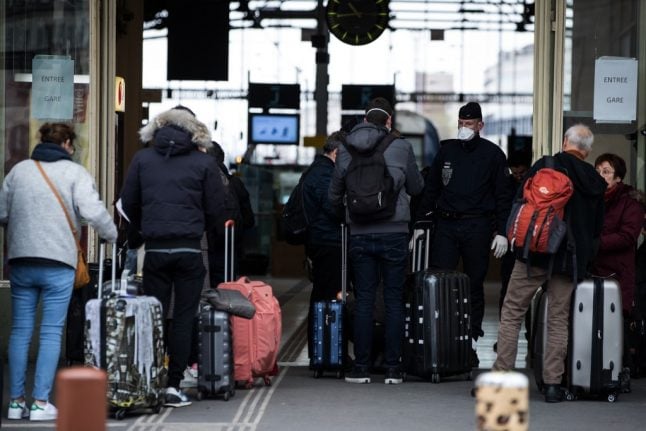 Now SNCF has announced it will increase the regularity of its train services to Paris over the weekend as the country prepares to enter Phase 1 of the lockdown de-escalation on Monday May 11th.

The French state-owned railway company will make around 15 percent of TGV and Intercités services available on Friday, Saturday and Sunday, France Info reported.

Only 7 percent of TGV and Intercités trains have been in circulation since the start of France’s lockdown period.

The news raises questions again about the mass movement of Parisians, 24 percent of whom fled the capital for their second homes as soon as president Emmanuel Macron announced France’s lockdown from March 17th.

The exodus in many cases pitted city dwellers against France’s rural population due to fears that residents of Paris, where Covid-19 cases have been highest since the pandemic began, were spreading the virus throughout the country.

However, the increase in services over the weekend concerns only TGV connections from France’s western Atlantic regions and the south-east, as well as Intercités services from Normandy.

Some of trains will be Ouigos, the low-cost TGV trains that have only half of the seats of regular TGVs.

Ticket sales are available through pre-booking only in order to maintain social distancing at stations and on trains and half of seats will be sold. “As the deconfinement phases get underway, the supply of passenger trains will increase, giving priority to daily trains,” SNCF announced, while stating that the goal is “a return to normal by the end of June”.

As of May 11th, the number of Ile-de-France commuter trains running will be between 50 percent and 60 percent that of the normal frequency.

Traffic for TER trains will bebetween 40 percent and 50 percent the usual amount, and for TGV and Intercités a little more than 30 percent.

Some French unions are concerned that this surge in traffic services will undermine the current health measures in place, arguing that SNCF employees may refuse to work through concerns about the lack of social distancing.