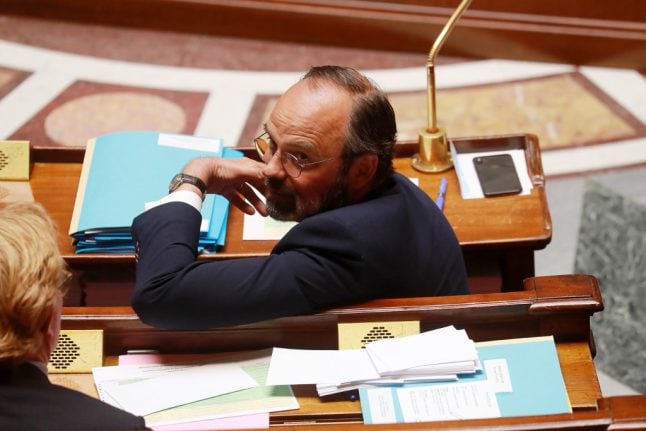 There is a useful French word which often appears in Asterix comics – la zizanie, meaning a general disagreement or bust-up, a quarrel when everyone shouts at everyone else.

It is not surprising the French have invented such a word. Teamwork does not come naturally in France. Nor national unity.

France went into Covid-19 lockdown calmly enough. It is the gradual return to normal life proposed by the government from May 11th which has “semé la zizanie” – or caused everyone to shout at the same time, putting understandable fears or narrow political calculations before the common interest at a time of crisis.

The Macron-Philippe government is partly to blame. Its public communications, reasonably assured at the beginning of the epidemic, have begun to break down in recent days.

But there is something deeply unpleasant about the often ignorant back-seat driving and instant epidemiological expertise of the opposition political parties, from the far right to the centre right and left.

There is also something depressing about the obstructive attitude of some (not all) Metro and rail workers and teachers who are threatening to refuse to return to their jobs next week. Many people have been working throughout the lockdown. Photo: AFP

Where would France have been if doctors, nurses, care-home staff, supermarket shelf-stackers and till-operators, garbage  collectors, truck drivers – and those teachers who  never stopped taking classes – had refused to risk leaving their homes in the last two months?

Or rather the great bulk of the largest party in the Senate, the centre right Les Républicains, failed to express a view on the greatest issue facing the nation. They abstained. Quel courage!

It was centre-left and hard-left votes which narrowly defeated the government’s plans for a two-speed end to the lockdown, dividing the country between “green” (weak virus) and “red” (active virus) departements. The practical effect of the vote is zero. The Senate debate was only symbolic. The plans had already passed the lower house, the national assembly.

The symbolic effect was serious. The narrow rejection added to a growing sense of confusion and lack of trust in the French government which is – in my opinion – unjustified and dangerous.

The early rally-round support for Macron and Philippe is over. In an Odoxa poll this week 65 percent doubted whether the government could successfully lead the nation through the Covid-19 crisis.

At the same time, it is evident that lock-down fatigue is growing. Roads and streets are getting busier. People are worried about leaving the sanctuary of their homes. They are also anxious to get on with their lives. People are keen to resume their lives, with appropriate safety measures in place. Photo: AFP

The French economy has been in an artificial coma for seven weeks. That cannot go on indefinitely without destroying tens of thousands of jobs and crippling the country for many years ahead.

Many children, often the weaker pupils, have not logged in to the on-line schooling which has been, otherwise, a great success.

In his speech to the Senate on Monday, the prime minister Edouard Philippe was honest and precise about these competing risks and dangerous choices. In my opinion, although he is often mocked by French commentators, Philippe has been a model of calm and common-sense during the Covid crisis.

“This is a critical moment,” he said. “We are at a parting of the ways…Confinement was justified in an emergency but its social costs, its human costs, its economic costs, are colossal…”

“Many unknowns persist. We have never hidden them or underestimated them. No other country  in the word, no scientist can predict today what awaits us in the summer, the autumn, the future…”

Compare that with the ra-ra optimism, flag-waving and stunt-pulling of a certain other government in a country just to the west of France whose Covid record is significantly less impressive.

Impressive, the French government’s record? No, not in all respects. They have been culpably slow to grasp the importance of testing. They were less than straightforward about the shortage of masks a few weeks ago – a problem which is now resolved.

Consider also the government’s successes (something that seems beyond French opposition politicians and much of the French media). Are Edouard Philippe and Emmanuel Macron likely to get any credit for successful handling of the crisis? Don't bet on it. Photo: AFP

The virus has been penned largely in the north and east of the country. France has suffered 25,000 deaths and is on course for a final death toll of around 40,000 (which is about many as died in a great flu epidemic in 1969). Without the lockdown, another 60,000 might have died.

The French hospital system trembled but was never overwhelmed. The figures given nightly for Covid deaths are, judging by separate official statistics on “all deaths”, reasonably complete and honest. “Home deaths” are not yet included but they will be next month.

The economic support programme, for businesses and individuals, instantly devised in mid-March is the most generous in the world. Over 11,00,000 people are now receiving at least 80 percent of their net wages from the state.

Left-wing commentators and politicians scarcely praised this response at the time. Some of them now seem to regard it as part of the “social acquis”, which should go on forever.

France’s relatively high death rate compared to Germany – or Portugal or Hungary – is understandably an obsession of the French media and political opposition.

They rarely point out that France is the most visited country in the world, with a large number of winter tourists from China.

They scarcely covered a significant study by the Pasteur Institute published last week which found that France was attacked much earlier than first thought – from mid-January – by an otherwise unknown variant of Covid-19, not exactly the same virus which caused havoc in Wuhan or in Italy.

Yes, the government’s  “deconfinement” plans are complicated and confusing. So is the virus. Lets hope that Phillippe and Macron have judged their policy more or less right as they have since mid-March  – after some initial hesitations, glitches and failures.

If they’ve got it wrong, there will be plenty of people to tell them. If France slowly becomes France once again, without a second wave of infections, they will deserve enormous credit.

Can they expect to receive it? No chance.