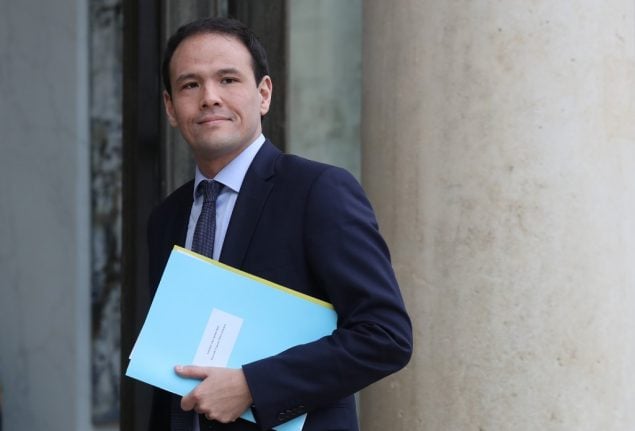 Minister Cedric O said that development of the StopCovid app, which aims to track cases and alert people who have come into contact with someone who has the virus, is progressing well.

But he told BFMTV that more testing was still needed, so it will not be ready for the first phase of the lifting of lockdown, which begins on May 11th.

READ ALSO What is France's coronavirus tracker and how does it work?

“Development time is progressing relatively well. Next week we'll enter the test phase, which means we'll reproduce real-life situations to check that the app works well.
“This would allow us, I think, if the Prime Minister and ministers decide to do so, to ensure that we can come back to parliament in the week of May 25th to consider deployment during the second phase of déconfinement from June 2nd”.
When unveiling phase 1 of lifting the lockdown rules, Prime Minister Edouard Philippe said that the government's strategy was 'protect, test and isolate'.
By May 11th, the government is on track to perform 700,000 tests a week, but there will not be blanket testing of everyone in France.
The StopCovid app aims to help the government perform targeted testing by identifying people who have been in contact with someone who tested positive for the virus, and sending them an alert inviting them to be tested.
It has already run into several problems, including problems with Google and Apple.
There have also been concerns about privacy and the government had been forced to make it clear that using the app is voluntary.
The Minister added: “We are not sure that the solution proposed by Apple and Google is the right one, but we think it is.
“It is because of these problems, not because Apple and Google are big bad wolves, that we have refused to go through their solutions.”
The first phase of lifting lockdown rules in France runs from May 11th to June 2nd. No details have yet been released on what phase 2 involves and it will depend heavily on the healthcare situation after phase 1.

Fellow Twitter users marvelled at the details on the picture purportedly taken by the telescope, which has thrilled the world with images of distant galaxies going back to the birth of the universe.

“This level of detail… A new world is revealed every day,” he gushed.

But in fact, as Klein later revealed, the picture was not of the intriguing star just over four light-years from the Sun but a far more modest slice of the lip-sizzling Spanish sausage chorizo.

“According to contemporary cosmology, no object belonging to Spanish charcuterie exists anywhere but on Earth,” he said.

Klein acknowledged that many users had not understood his joke which he said was simply aimed at encouraging us “to be wary of arguments from people in positions of authority as well as the spontaneous eloquence of certain images”.

However, at a time when battling fake news is of paramount importance for the scientific community, many Twitter users indicated they were unamused by Klein, director of research at France’s Atomic Energy Commission (CEA) and a radio show producer.

On Wednesday, he said sorry to those who were misled.

“I come to present my apologies to those who may have been shocked by my prank, which had nothing original about it,” he said, describing the post as a”scientist’s joke”.

He was shortly back on surer ground posting on Twitter an image of the famous Cartwheel Galaxy taken by the James Webb Space Telescope. This time, he assured users, the photo was real.