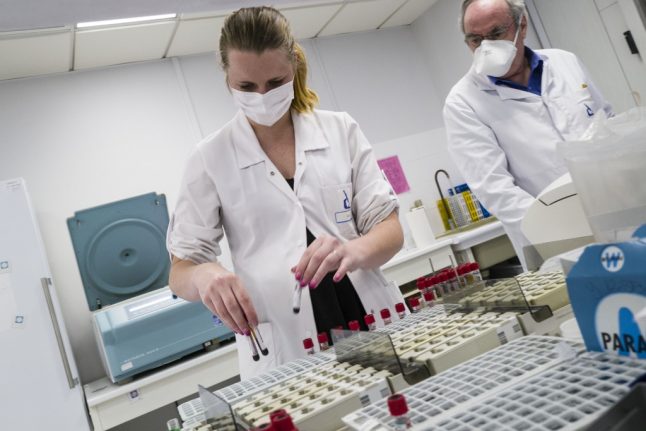 A study into coronavirus cases in France from the Pasteur Institute in Paris has found evidence of a previously unreported strain of the virus in France, that cannot be linked to travel to either Italy or China.

The study has already provided a boost to the online conspiracy theorists who claim that the virus was deliberately created by the Pasteur Institute as part of an evil plot by the Macron government/pharmaceutical companies/international conspiracy of giant killer hedgehogs (delete as appropriate).

But does the study really conclude that France has its own strain of the virus? Not quite.

What is the study?

The researchers at the National reference centre for respiratory viruses based at the Pasteur Institute began sequencing the genome of strains of the virus in January, when the first cases on French soil were confirmed.

The analysed a large number of patient samples collected in France between January 24th and March 24th and looked at different strains of the virus, their relationship to each other and the genetic diversity of the different strains circulating in France.

They also compared this to international data by working with scientists in Europe, Asia and America.

What did they find?

They found that coronavirus cases had been circulating in France since January, well before cases started being reported in large number in March.

France has essentially had two waves of officially confirmed cases – 12 cases were confirmed in France in late January and early February, all linked to travel from China.

Then within days of the major outbreak in Italy in late February, large numbers of cases began to be reported in France, with most of the early cases linked to people who had either travelled from Italy or been in close contact with those who had.

But what the Pasteur Institute found has disproved this travel-based narrative.

How were their results different?

This is backed up by separate research by Dr Yves Cohen, a Paris-based doctor who retested samples that the Avicenne and Jean Verdier hospitals had taken from pneumonia patients, who found a case from December 27th.

This man had not travelled to China either.

The second thing the Pasteur Institute found was that the great majority of the samples from France were of the same strain of the virus with little genetic diversity – but not the same strain as that found in the earliest patients who had travelled from China or Italy.

“Our analyses show that the variants of this virus no longer circulate predominantly in the French population [due to the end of the chains of transmission].
“This leads us to conclude that the isolation that was imposed on these infected people was effective because these variants did not succeed in establishing themselves in France after the first symptomatic cases occurred in the Ile-de-France region, Brittany and the Far East,” lead researcher Étienne Simon-Lorière told Le Monde.
The virus is also slightly different to the dominant strains circulating in the UK and the Netherlands.
So does that mean there is a separate strain in France?
Not necessarily.
This study does not determine a 'patient zero' and indeed says it's likely that the virus was introduced several times onto French soil.
Other than determining that patients have not travelled to China or Italy there is so far no more information on where they could have caught it from.
And researchers so far do not have reliable data on the viral strains circulating in other countries at the same time period.
That means the scientists cannot say for sure that it came from China or Italy, which is not the same as saying that it definitely didn't.