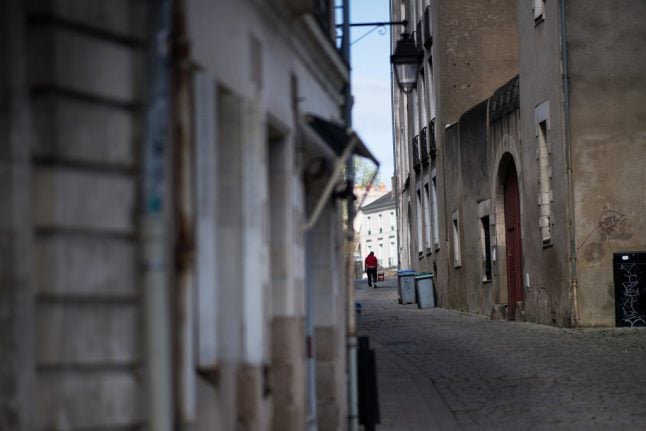 Deserted streets have made women feat for their safety. Photo: AFP

Feminist advocacy groups are reporting an increase of incidents in broad daylight by aggressors who know their victims are unlikely to be able to summon help.

Fatima Benomar, a 36-year-old rights activist, said she was hounded by several youths on the Rue de Rivoli in Paris, a wide-open thoroughfare that has been emptied of cars and passers-by.

“They came up because I was ignoring their catcalls, and started insulting and threatening me,” Benomar told AFP. “It was incredibly scary.”

“There wasn't any way to escape, all the stores were closed and there was nobody to ask for help,” she said.

For Laurene Martin, a 28-year-old nurse, the commute between Paris and a nearby suburb had never caused her alarm, until the lockdown was imposed on March 17th.

“On the second day of confinement, some guys jumped me in the Metro and stole my phone. I screamed and they ran off, but then the only other person in the train, a man, came up right next to me and asked if I was married,” she said. “It's certainly worse than before,” Martin said. “There are fewer people to target, and fewer witnesses.”

Police, who have been urging victims or witnesses to report any cases, have not released official figures on the number of assault reports during the lockdown.

But prosecutors reported last week that two women were attacked in rare rapes in public spaces within 24 hours of each other – one in a park, the other on a street – in Seine-Saint-Denis, just north of Paris.

Geraldine Franck, a rights advocate in Paris, said she had tracked numerous accounts on social media by women harassed while trying to take advantage of their rare moments outside.

“These moments have turned into an anguishing ordeal, and women quickly return home out of fear,” she said.

“Day is now just like night, for women there's no longer any difference.”

That fear, “normally felt only at night,” is shared by Daniella Corallo-Martin, 26, who said men had been harassing her daily on her Metro trips since mid-March.

She has adopted a series of precautions for navigating “a strange atmosphere, lots of drifters, disturbed people, the ones who normally are just part of the crowd.

“I keep my eyes open for anyone following me, and on the platform I always find someone to stand next to. I never get in a train that's almost empty, and I don't listen to any music,” the migrant aid worker said.

Equality Minister Marlene Schiappa said Thursday that she was worried about “a real risk of increased sexual violence” from May 11, when the stay-at-home orders are set to be lifted across wide swathes of the country.

She pointed to the risk of pent-up energy among aggressors along with “a sense of impunity” since streets are still expected to be thinned because people will be working from home and outings will still be discouraged to ensure social distancing.

Her ministry has set up a task force of experts to determine which measures will be taken to protect women once the lockdown begin to be lifted.