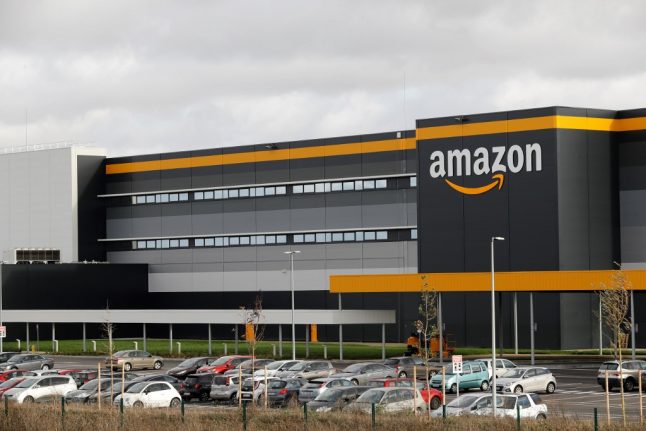 The ministry said Amazon France asked last Thursday to benefit from the country's partial unemployment scheme that covers about 84 percent of net pay for workers facing temporary layoffs because of a drop in business.

Amazon France confirmed it sought the funds to cover salaries for some 10,000 employees at its six main distribution sites in the country.

The online retailer has been locked in a battle with unions which say not enough was done to mitigate contagion risk for staff working in close proximity to process a flood of orders amid the nationwide lockdown, which saw traditional shops shuttered.

The court said only digital products, office equipment, groceries, medical and personal care products could be delivered in the meantime.

But Amazon said it was impossible to comply with the order, and completely shut down the six sites from mid-April until May 5th, though it maintained full pay for employees.

“The recent decision by the Court of Versailles has obviously had an impact on our French operations… As a result, we filed for the help that other companies in France have benefited from,” the company said in a statement.

“Our logistics operations are technically complex and the court's fine of €100,000 for any infraction means that even accidental shipping of non-authorised products, on the order of 0.1 percent of the total, could lead to over one billion euros of fines per week,” it said.

Unions called Amazon's request for employment aid “absolutely scandalous,” and accused the firm of getting around the court order by fulfilling French orders from its other warehouses in Europe.

Dozens of employees had staged walkouts at several sites before the ruling to demand better workplace protection during the COVID-19 outbreak.

Amazon reported last week that despite a surge in orders worldwide because of virus lockdowns, its profit dropped 29 percent in the first quarter of this year, to $2.5 billion, because of COVID-19 expenses, including measures for “keeping employees safe”.

The company is in the process of recruiting some 175,000 more employees to cope with surging demand.