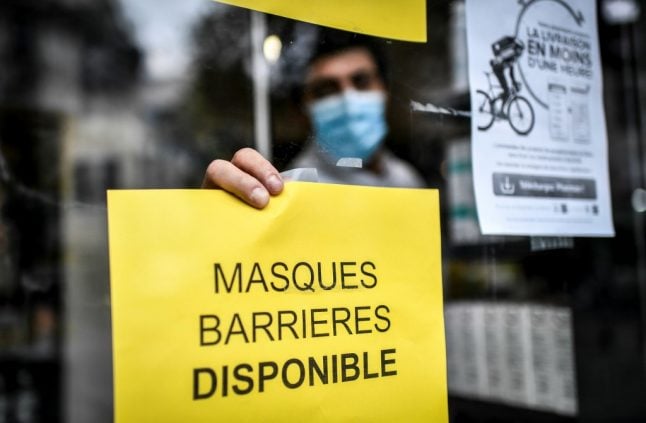 The French are due to emerge on May 11 from a lockdown that began in mid-March to combat the virus, with some schools reopening in a strategy different to other European countries.

Signs have grown that the epidemic is slowing in France although a spike in the daily death toll Monday to 306 – more than double of what was reported on the previous day – propelled its total number of dead past 25,000 to 25,201.

But according to the latest health ministry figures, the more positive recent trends continued, with 123 fewer patients suffering from the coronavirus in intensive care to make a total of 3,696 receiving such urgent
treatment.

Nationwide, there were also 267 fewer patients in hospital for coronavirus treatment, making a total of 25,548, it added.

France is now the fifth country to have recorded over 25,000 coronavirus deaths after Britain, Italy, Spain and the United States.

Prime Minister Edouard Philippe rejected concerns that the government is moving too fast especially by reopening schools, a move that puts France out of step with some other EU countries.

“This confinement was necessary to meet the emergency, but its social and economic cost is colossal,” Prime Minister Edouard Philippe told senators while laying out his government's strategy.

“We're at a decisive moment, we cannot remain in confinement,” he said.

In a sign that the national political consensus that emerged during the epidemic is crumbling, the Senate upper house, where the right-wing opposition is the biggest force, voted Monday against endorsing the government's plan.

The vote had mainly symbolic weight as it cannot halt the measures for easing the lockdown decreed by the government.

IN DETAIL This is France's plan for loosening its lockdown

But officials have drawn fire from critics who say the country is not ready to cope with the strict social distancing and other protective measures that will be required after May 11th to avoid a flare-up of the epidemic, which has already killed nearly 25,000 people in France.

On Sunday, more than 300 mayors from the greater Paris region, including Paris mayor Anne Hidalgo, penned an open letter to President Emmanuel Macron urging him to delay school returns, saying they need more time for the vast reorganisation of classrooms and daily routines.

Among the myriad new measures is a limit of just 15 students per class, which could require teachers to ensure distance learning for those unable to come to school.

“Preparations for the end of the lockdown are being imposed at a forced march, even though we still lack the necessary information,” the mayors wrote.

Officials in other regions – in particular the hard-hit northeastern quarter of France – have also said they will not open up schools next week.

READ MORE: What is the criteria used to determine if a département is marked red or green? French bars, restaurants and cafés will not reopen on May 11th. Photo: AFP

But Philippe said the school closures had been a “catastrophe for the most vulnerable children and adolescents”, adding that academic failure and dropouts risked becoming a “time bomb”.

In a shift from last week, however, he said face masks would be required for secondary students only in cases where sufficient social distancing cannot be ensured.

Macron said final details of the post-lockdown plan would be unveiled Thursday, adding that he “understood all the worries”.

Lifting the lockdown is “an indispensable step” but “it's not a return to normal,” he said, while announcing that France would contribute €500 million to the international hunt for a vaccine.

The government is also facing fresh criticism over its policies on face masks, which officially went on sale to the public Monday – even though people across France have managed to procure them despite the requisition of all stocks and production since March.

Philippe rejected claims by health workers who have accused retailers of building up stocks, even as many hospitals are still scrambling to secure enough to cope with the wave of COVID-19 cases.

“There were never any hidden stocks: Huge orders were placed, and it takes a certain amount of time before they can be made available,” he told the Senate.

Face masks in France: Where to buy and when to wear them

As masks went on sale to the general public, however, criticism shifted to the prices being asked for both disposable surgical masks as well as washable fabric versions.

“Let's say a surgical masks costs 60c, and you need three per day to use them correctly – for a family of four that's 7.20 euros a day, so you'd be spending more than €200 [€216] a month,” said Alain Bazot, president of the UFC-Que Choisir consumer group.

If you add in the costs of sanitising hand gel, “that's not possible”, he told AFP.

German Montes, a Chilean who lives in France who had just bought masks outside a grocery store in Rosny-sous-Bois north of Paris, complained:

“They're making profits during a pandemic, it's just crazy.”

CLIMATE CRISIS
What are the limits on air conditioning in France?