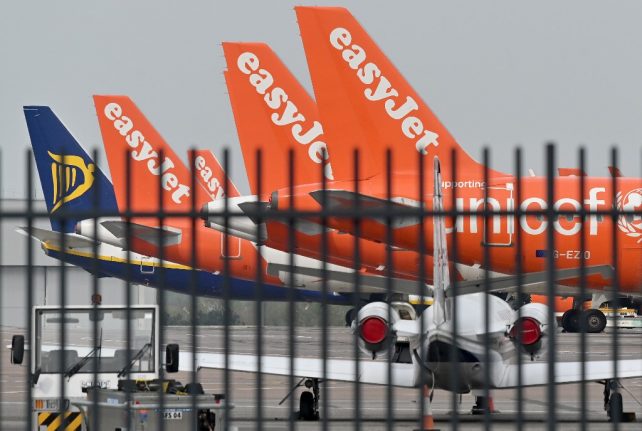 Two days of debate – first in the Senate and then in the Assemblée nationale – will now begin on the extension of France's State of Health Emergency until July 24th.

But there is one particular aspect of the plan that has caused some confusion – quarantine and isolation for people arriving in France.

For the majority of travellers, the question of quarantine is at present an academic one, since all travel into France is heavily restricted.

These restrictions will continue after the country begins to loosen its lockdown on May 11th and there is as yet no current end date.

“The travel restrictions currently in place at our borders will continue to apply,” the Interior Ministry said. “Nothing has changed.”

Travel from within Europe is still permitted for the above reasons, but France has joined an EU-wide ban on all non-essential travel from outside the Schengen Zone. This currently runs until May 15th but could be extended.

The above restrictions will stay in place for the foreseeable future, but now France is debating adding quarantine measures for anyone arriving into the country.

This was first announced on Saturday by health minister Olivier Véran and provoked a confusing weekend trying to figure out who it applied to until finally the president's Elysée Palace stepped in to clarify things on Sunday night.

Véran initially said all travellers arriving in France would be subject to quarantine but used the example of French citizens returning home from a period abroad.

And here's what we don't know

More details are expected to be revealed on Monday and the Elysée says “the rules will be announced in the coming days”.

The plans will be debated by the French Senate on Monday and the Assemblée nationale on Tuesday.

The debate is over the extension of the State of Health Emergency until July 24th, of which the quarantine is only one element.

The government is facing some opposition to its plan and has already made some concessions, including on the issue of people inside France going into forced quarantine if they test positive for coronavirus. This was initially described as compulsory, but has now been modified to be merely advisory.

For those who do fall into one of the groups permitted to travel, there are limited options but some services are still running.

The Eurostar and Eurotunnel are still running a limited number of services per day, from May 4th face masks are compulsory on the Eurostar.

Eurotunnel passenger services warn travellers “you may be turned away by the French Authorities if you don't have good reason to travel within France.

“They have advised us that they will only allow travel for the following reasons: Going home to a main residence, essential work in France, medical staff”.

That means “no holidays or social visits”, Eurotunnel points out.

There are a limited number of ferries running to France and some European flight routes are still running.

Air travel from outside Europe is “virtually nil” since the country's repatriation operations have ceased, said transport minister Elisabeth Borne.

Anyone boarding transport to France will have their international travel certificate checked.

This is the question that many people are asking, but at the moment we simply don't know.

Various French politicians have responded to questions about holidays in July and August by telling the French not to make any plans for foreign holidays at the moment, while suggesting that holidays within France may be possible by the summer.

International travel was not even mentioned in the plan for phase 1 of loosening lockdown – which runs from May 11th to June 2nd.

It seems likely that travel could run on a different timetable and would be heavily dependent on the situation in other countries.