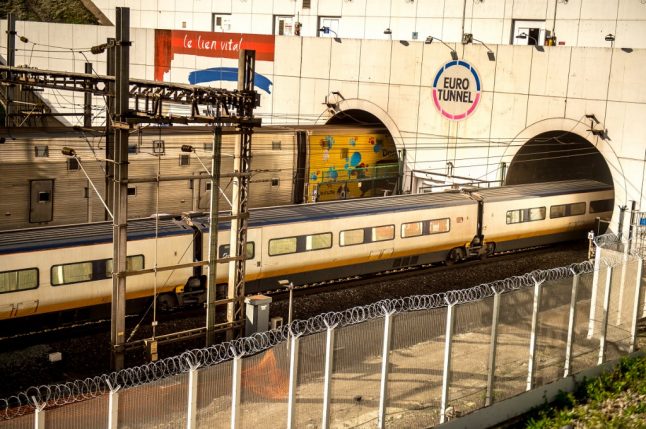 Travel from the UK to France is currently heavily restricted. AFP

France said on Sunday that it would not quarantine anyone arriving from the EU, the Schengen area or Britain due to the coronavirus, as it prepares to start easing confinement measures after two months of lockdown.

On Saturday, the government had said it would extend the state of emergency to contain the crisis until at least July 24, and anyone entering France – and there are tight restrictions on who exactly can enter France right now –  would have to remain in isolation for two weeks.

But the quarantine rules would not apply to “anyone arriving from the European Union, the Schengen zone or Britain, regardless of their nationality”, the presidency said on Sunday.

And for French and EU citizens arriving in France from other regions outside the EU, the Schengen area and Britain, “the rules will be announced in the coming days”, the presidency said.

On Saturday health minister Olivier Véran had announced a “compulsory quarantine will concern anyone entering the national territory, an overseas territory or Corsica”.

The measure was part of proposals to extend the State of Health Emergency until July 24th, which is set to be debated by parliament on Tuesday.

As part of the planned measures, Veran said all travellers entering France, who need to meet certain criteria and carry an international travel certificate, may have to remain confined for two weeks.

The minister said people who are not symptomatic would be quarantined and those who develop symptoms and are diagnosed positive for coronavirus by a doctor will be put in isolation.

This would typically concern “French people who travelled abroad and who want to come home,” he said.

Before Sunday's announcement from the presidency The Local had asked the French Prime Minister's office to clarify the rules, but in a short statement to RFI radio a spokesperson said: “This may apply to anyone who arrives after being in an area where the infection is circulating.”

Veran's announcement sparked more questions than answers, especially on the matter of who would the quarantine apply to. What about cross-border workers, truck drivers or people crossing France by car to get to their home in another European country.

After his speech some clarifications were made.

Interior Minister Cristophe Castaner later added that there would be exceptions for people who regularly cross the border such as frontalier workers and haulage drivers.

He said there were already provisions in place for people “who live close to the border or who live in France and travel regularly to another country for work”.

Then on Sunday the presidency made it known that anyone from the EU, the UK or the Schengen area would be exempt.

The French Embassy in the UK tweeted that the measures would not apply to people travelling from the UK to France.

⚠️ #Quarantine #COVID__19: People entering France from the European area (EU, Schengen and the UK) will NOT be affected by the ?? quarantine measure, whose practical details will soon be specified.

The plans still need to be approved by the Council of Ministers on Tuesday.

The first State of Health Emergency declaration passed easily, but the extension appears to be causing more political problems, leading to several amendments.

Entry into France is currently heavily restricted with an international travel certificate required for everyone crossing the border and only those who meet certain criteria allowed in, such as permanent residents in France or cross-border or health workers. (More details here)

Tourists and those with second homes in France are currently not allowed to travel to France and are warned they may be turned away at the border.

The French government has not specified how long these travel restrictions will be in place after May 11th. France's borders, like the rest of the EU and Schengen area are closed to non-EU passengers except for essential travel reasons.

Quarantined in hotels or medical centres?

French media suggested people would be quarantined in hotels or medical centres.

The condition of the length of quarantine, the place where people will be asked to stay, the health monitoring and restrictions on outings that apply to those quarantined will be specified in the coming days after the advice of the Scientific Council, said the minister.
While the parliament is set to vote on the raft of emergency measures the practical aspects of the quarantine rule will be decided by decree.
The total duration of isolation, whatever the situation, could never exceed 30 days, said Véran and people will have the right of appeal to a judge who must decide their case within 72 hours.

Infected people already in France will, however, not be forced to accept isolation and treatment, as “we trust French people's sense of responsibility”, Veran said.

The government had initially announced a plan for everyone in France who test positive for Covid-19 to isolate for two weeks either at home or in special accommodation, and initial plans were to give local authorities the power to enforce quarantine.

However this was altered after protests over heavy-handedness, and now the quarantine will be something that people are only asked to do in order to protect the health of others.

“We are going to have to live with the virus for a while,” Interior Minister Christophe Castaner said after Saturday's  cabinet meeting deciding the extension.

“Learning to live with the virus, that's what's at stake in the coming months.”