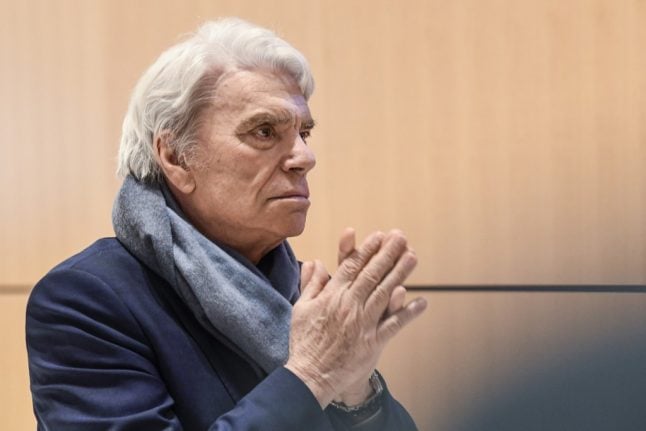 The fraud case against 77-year-old Tapie, which has also ensnared European Central Bank chief Christine Lagarde, centred on a payment of €404 million ($442 million) awarded to him in 2008 by a government arbitration panel.

The panel judged he had been the victim of fraud when he sold his stake in the Adidas sports apparel company in 1993 to state-run French bank Credit Lyonnais, which was found to have undervalued the sportswear brand.

But the scale of the damages paid to him sent shockwaves through France, and the ruling was soon tainted by allegations that the panel had been biased in Tapie's favour amid questions as to why the dispute was settled in arbitration, rather than in court.

Lagarde, who was economy minister at the time, decided not to appeal the ruling — a decision for which she was later found guilty of negligence by a court that rules on ministerial misconduct.

Lagarde's handling of the case sparked suspicion that her former boss Nicolas Sarkozy, whom Tapie had backed for president in 2007, was favourably disposed towards the businessman — allegations Sarkozy has vehemently denied.

In December 2015, a court ordered Tapie to pay back the money after finding the settlement had been fraudulent.

In a criminal case, a Paris court acquitted Tapie last year on charges of defrauding the state. But the prosecuting service lodged an appeal, and a new case was opened.

On Thursday, a financial crimes court outside Paris rejected Tapie's proposed repayment plans, saying the financing of it was not assured. The ruling meant the businessman lost control of his upmarket Parisian mansion the Hotel de Cavoye, and his stake in the media group La Provence.

It placed in liquidation the Groupe Bernard Tapie that is the majority shareholder in the media group, and FIBT, which owns the hotel.

Tapie is a former Socialist minister who rose from humble beginnings to build up a sporting and media empire.

He had made a fortune in the early part of his career by taking over failing companies, and flaunted his wealth, including buying a 72-metre yacht and a football team.