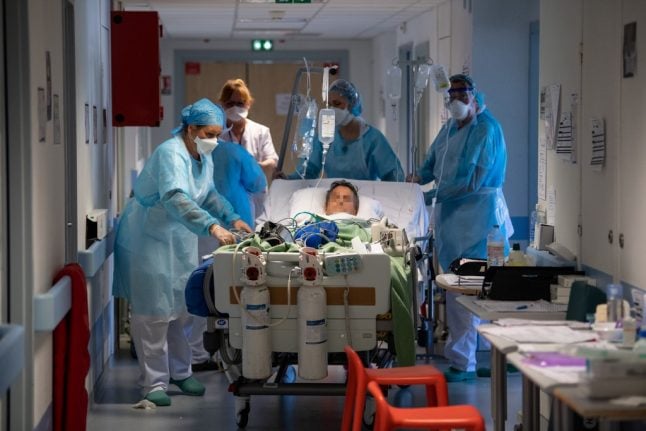 The French Hospitals Federation (FHF) put the cost of treating tens of thousands of people since the virus first emerged at between €600 million and €900 million.

Though the effect on hospitals in different regions has not been uniform the virus has engendered “very high levels of expenditure,” said FHF financial officer Cecile Chevance.

France had by Monday suffered 23,293 virus deaths for around 130,000 cases, according to official figures.

All the while, the bills are ticking up for items such as protective equipment and specialist care and intensive care capacity, as well as the wages of staff, many putting in considerable overtime to keep the spread of the disease at bay.

A further concern is the cost of having to put back treatment for thousands of patients with other ailments.

Chevance said it was vital that due attention be paid to the state of hospital finances “in the short, medium and long term” with hospitals not “penalised” for the extra strain the virus has imposed upon them.

The FHF has urged the French authorities to provide financial guarantees to cope with the expenses they face as well as lost revenue, and fully guarantee the stay costs of virus patients.

The health ministry said last week that it would be making available €377 million as a first tranche of emergency aid towards the cost of treating the epidemic.

Secretary of state for the economy, Agnes Pannier-Runacher, meanwhile announced up to €40 millions of support towards domestic production of high-grade protective washable masks.

The government is offering the cash in subsidies for firms using innovative hi-tech materials to come up with new high-protection masks ahead of a June 30th deadline.