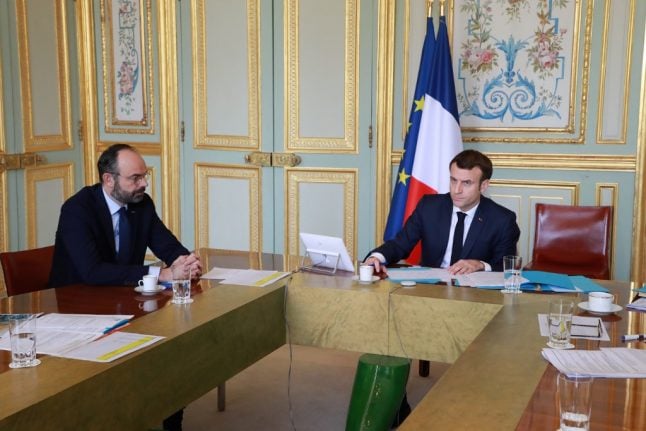 France's Prime Minister Edouard Philippe will present his plan to parliament on Tuesday. All photos: AFP

Since President Emmanuel Macron announced on Easter Monday that France's lockdown will start to be lifted from May 11th, ministries have all been working on more detailed plans.

These have now been put together into an overall strategy that addresses 17 key points about lifting lockdown, from stimulating the economy to protecting the elderly.

This plan will be presented to the French parliament on Tuesday afternoon, after which it will be debated and voted upon. Like all countries, France is attempting to balance protecting its citizens with limiting the damage to its economy so one of the big things about May 11th will be the return of a lot more people to work.

It is expected there will be more details about which sectors or businesses types can return straight away.

We already know that cafés, bars and restaurants will not be reopening until later but many other tourist related businesses – such as gites and B&Bs where social distancing is possible – are still unsure when they can reopen.

The Scientific Council advising the government has said that companies should, where possible, keep people working from home “for all or more than half of working time”.

The Council also recommends scrupulous social distancing in the workplace, suggesting that only part of the workforce is on site at any one time, to maintain distancing rules.

Staggered shifts or part time working could be required for larger companies.

This is probably the area we know most about after some detailed interviews with the education minister Jean-Michel Blanquer but some questions remain.

Schools will open gradually from May 11th, with certain classes going before others – see the full plan here.

Teaching unions have expressed concern over supplies of masks and hand sanitiser gel and although the minister says it is “highly probable” that masks will be compulsory, that has not yet been confirmed. At present masks are advised – although they are hard to get hold of – but not compulsory.

Both Macron and the Scientific Council have said that wearing masks should be “systematic' in public after May 11th, although they have stopped short of saying they will become compulsory.

However it's possible that they could become compulsory on public transport – both the Mayor of Paris Anne Hidalgo and the head of the city's RATP transport network have requested this.

The Scientific Council says that travel between regions of France could be allowed, provided that public transport companies can ensure appropriate social distancing.

This echoes a statement from the president's Elysée Palace last week which said it was “working to ensure there would be no problem travelling between regions”.

There had been speculation that the restrictions would be lifted on a regional basis, but the president appeared to quash that idea, although local authorities will likely still have some leeway to react to local conditions.

The Council recommends that urban and suburban transport resume as normal as people go back to work and transport bosses on both the national SNCF rail network and the Paris public transport network have already laid out plans for a rapid increase in services from May 11th. Travel into France from other countries is currently heavily restricted – an international travel certificate is required and only essential travel allowed – and it seems that may continue for some months yet.

The Scientific Council strongly discourages loosening restrictions before summer in order to “reduce the risk of reintroduction of the virus on national territory”.

However no more detailed timeframe has been suggested.

Various French ministers, in answer to questions about summer holidays in July or August, have advised French people not to plan foreign holidays.

However it is not known whether travel restrictions will remain in place for all journeys or for all types of transport.

France has its own domestic border restrictions but it is also part of an EU-wide ban on travel from outside the Schengen Zone – so discussions ongoing in Brussels will also affect travel into France from outside Europe.

Over 70s and other vulnerable groups

A suggestion from Macron that the over 70s, people with underlying health conditions and others in high-risk groups should stay in confinement was greeted with outrage by many, and now seems to have been toned down to a voluntary confinement.

The Scientific Council advises a “strict and voluntary” confinement of those in high risk groups – which it categorises as people aged over 65, in contrast to earlier health measures which were aimed at the over 70s, and those with chronic conditions including hypertension, diabetes and heart disease.

It said that people in those groups who work should be given the option of working from home or signing off on sick leave.

Macron has since called for “individual responsibility” in relation to vulnerable groups, but with no vaccine in sight and the over 65s making up nearly 90 percent of the deaths in France many may be faced with taking extra precautions for some time to come.

The Sports Ministry has published a plan that includes restrictions on individual exercise such as jogging cycling and walking being lifted from May 11th, although it is not known whether the government has accepted this recommendation.

Local restrictions – such as the ban on daytime jogging in Paris – could be left in place.

We already know that these will not be reopening from May 11th and ministers have previously said that a date for their reopening will not be announced until the end of May.

Business owners may have to be able to demonstrate that they can ensure social distancing can be respected before they are allowed to reopen.

It has always been clear that large public gatherings will be among the last things to return, and Macron has laid out a tentative date for this of mid July.

As well as festivals and concerts this also applies to sports matches, although some of the French sports federations are examining the possibility of restarting the season earlier, with matches played behind closed doors.

At present any trip outside the home needs to be accompanied by a signed, timed and dated attestation de déplacement dérogatoire – a certificate stating the purpose of your journey.

Anyone caught without one is liable to a €135 fine.

Whether this system, or a modified version of it, will continue after May 11th when more people will be out and about is not clear at this stage.

The French government has always been clear that the plan depends on the situation in hospitals.

At present the daily death tolls are falling, along with the number of hospital patients, but if these spike again the lockdown release could be paused or reversed. 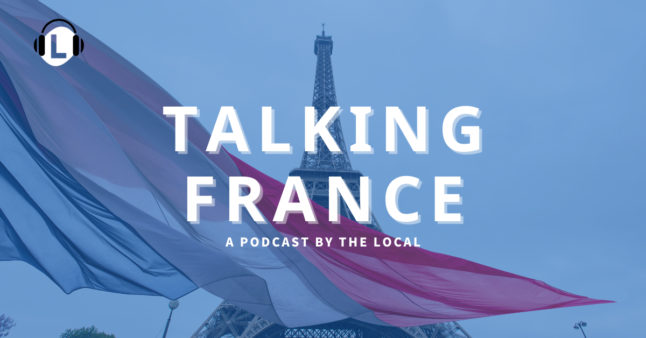