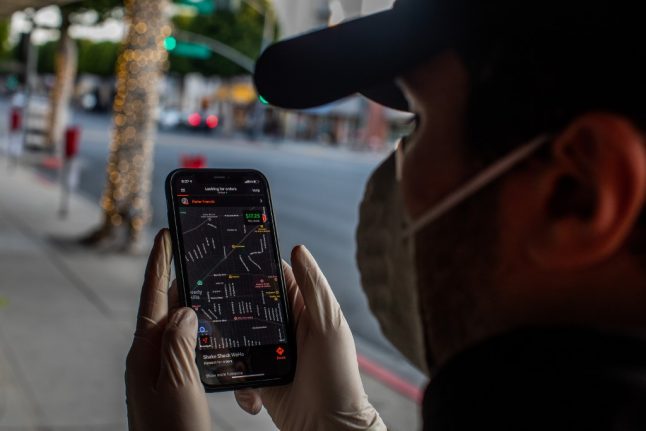 The issue of how to keep tabs on sufferers has sparked privacy concerns in several countries but the CNIL gave the nod to the StopCovid scheme subject to civil liberty guarantees and regular oversight.

The French device will, if the country is to begin a gradual emergence from lockdown on May 11, enable creation of an index of sufferers via a smartphone app along the lines of a model touted notably by Singapore.

The idea is to send an alert to those who have downloaded the app if they come into close proximity, for example, on public transport, with those who have tested positive for the new coronavirus and who are on the app register.

A number of European countries are considering using similar technology as a means of allowing a relaxing of confinement.

The CNIL move came as France, which has listed 22,614 Covid-19-related deaths to date, looks to May 11 to start relaxing nationwide lockdown restrictions imposed six weeks ago.

The government is due to unveil deconfinement measures on Tuesday in line with a range of recommendations Saturday from its scientific advisors relating to issues such as schooling and the wearing of masks.

The French government insists its scheme would see the app deployed on a voluntary, anonymous, temporary and transparent basis with all data stored in France in a bid to encourage maximum take-up.

CNIL said the context was “exceptional” as France faces up to a global health crisis, adding that StopCovid meets EU norms as long as “certain conditions are respected,” noting the government usage guarantees.

The body added that nobody should be penalised, for example being denied a transport ticket, for refusing to use the app and said the scheme's effectiveness would depend on widespread adoption. Latest opinion polls show less than two in five French people have confidence in the government's ability to face down the Covid-19 crisis.

The French government intends to begin relaxing some restrictions from May 11, including reopening schools and getting public transport back to normal.

But a study released last Tuesday by the Pasteur Institute estimated only six percent of France's population will have been exposed to the new coronavirus by then, meaning the rest will have no immunity and will remain at risk of infection, leading to fears a second wave of the disease would wreak renewed havoc.

Critics of using high-tech means to track people have warned any centralised schemes could provide governments with reams of personal data and facilitate mass state surveillance.

Decentralised systems can on the other hand allow data to be stored on individual devices.

The European Commission has also recommended that data harvested through contact-tracing apps be stored only on users' own phones and be encrypted.