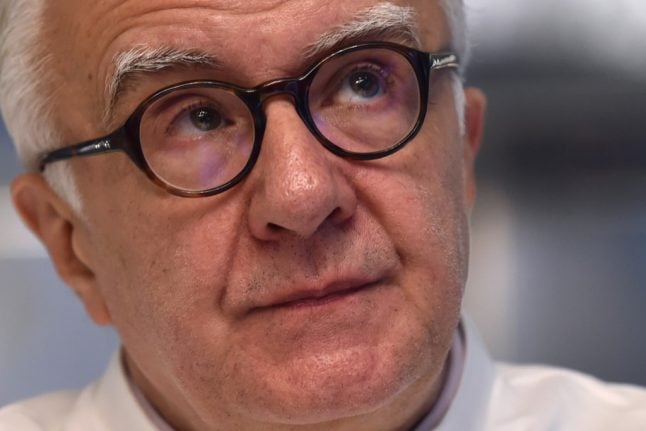 With restaurants shuttered by lockdowns across the world, Ducasse claimed that it was far riskier to shop and cook at home.

“It's better to eat in a restaurant that takes all the precautions than at home where you have to go to your little local supermarket where people are bumping into each other, touching the fruit and not everybody is wearing masks,” he told AFP.

Ducasse, whose restaurants have 17 Michelin stars — the most of any chef in the world — claimed it made more sanitary sense to eat out.

Restaurants were closed on scientific advice to halt the spread the of the virus and to enforce social distancing.

However, thousands of takeaways in France and elsewhere have remained open, with several top French chefs including Ducasse providing haute cuisine to go.

Ducasse made the safety comments after making the case for a “gradual and responsible” reopening of restaurants in France to President Emmanuel Macron Friday.

Ducasse said that Macron had taken his arguments on board, adding that cafes and restaurants could start reopening “between June 2 and 20” if the death toll from the virus continues to fall.

The chef represented the country's hard-hit hospitality sector in a video meeting with the French leader.

The French government said that it would decide when cafes, restaurants and hotels could open at the end of May.

France is the most visited country in the world, with some one million people employed in its hospitality sector. Cafes and restaurants are at the heart of French culture and identity, but have been shuttered since the country went into lockdown nearly six weeks ago.

As well as a partial reopening, the hospitality industry are demanding tax and rent breaks to help the hard-pressed sector.

The government instead promised to extend an aid scheme to establishments that employed up to 20 people.

“We are going in the right direction,” Ducasse told AFP.

He described the lockdown as “catastrophic” for the sector, which is dominated by small family businesses, and said “this can only last for a few more weeks”.