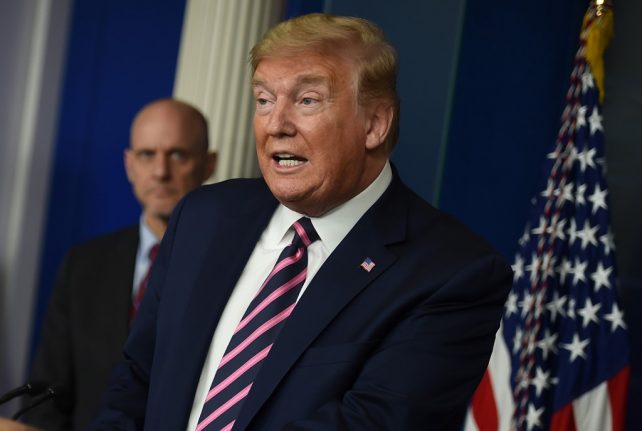 The agency, known by its initials ANSM, had already issued a “signal of vigilance” about the anti-malaria drug which is also used to treat lupus and rheumatoid arthritis.

It said over half the 321 cases of “undesirable side-effects” from treatments being used against the coronavirus came from hydroxychloroquine and the antibiotic azithromycin, which is used with it.

ANSM said that overall since the beginning of the epidemic, serious side-effects had been reported in “80 percent of the cases” reported.

It said all four deaths in French hospitals associated with side-effects from such treatments had been linked to hydroxychloroquine. The use of the controversial combination has hit the headlines after the flamboyant French infectious diseases specialist Didier Raoult published two small studies showing that it could work against the virus, for which there is no known treatment.

But despite growing calls in France for the use of the drugs to be widened, other experts have remained highly sceptical of Professor Roault's claims, and have pointed to the danger of heart attacks.

On Thursday, the European Medicines Agency added its voice to growing concern about the anti-malarial drug.

“Recent studies have reported serious, in some cases fatal, heart rhythm problems with chloroquine or hydroxychloroquine, particularly when taken at high doses or in combination with the antibiotic azithromycin,” the Amsterdam-based body said.

It added that there was no indication that its use was beneficial against the virus.

The French ANSM said 42 percent of the overall worrying side-effects concerned Kaletra, an anti-retroviral drug which combines lopinavir and ritonavir.

Hydroxychloroquine is known to cause electrical problems like arrhythmia in the hearts of some patients, which can sometimes be fatal.

ANSM chief Dominique Martin had earlier told AFP that “people sick with COVID tend to have more fragile hearts” and were thus more likely to have problems with drugs which affect cardiac health.