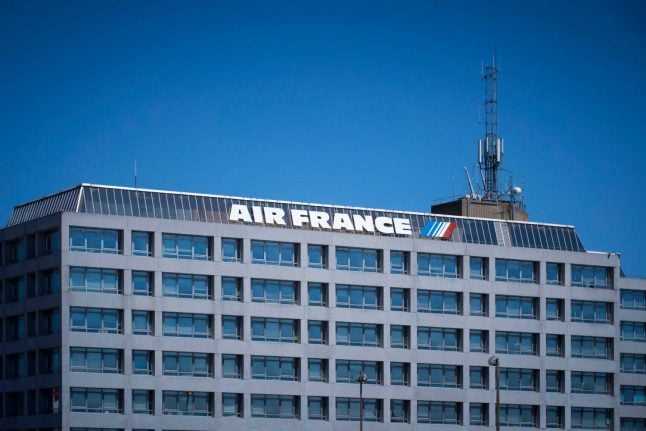 He said the package was needed to save Air France amid an unprecedented industry crisis but warned the money would come with strings attached, with the airline notably having to improve its environmental credentials.

When will France's bars, restaurants and tourism businesses be able to reopen?

For Air France the loan package is made up of four billion euros in bank loans guaranteed by the state and a three billion euro loan direct from the state, he told TF1 television.

“We need to save our national company and the 350,000 direct and indirect employees affected,” he said, while describing the plan as “historic support”.

“We are behind Air France, behind the employees of Air France to guarantee our independence and save jobs,” he added, while denying that nationalisation was on the cards.

But he warned that the help was not a “blank cheque” and would come with “conditions” linked to its profitabilty but also environmental factors.

“Air France should become the most environmentally respectful airline in the planet. This is the most important condition for me. “Air France needs to present a plan for reducing CO2 emissions and transforming its fleet to be less polluting,” he said.

In The Hague, Dutch Finance Minister Wopke Hoekstra announced the government plans to support KLM with an aid package worth between two to four billion euros.

“We are currently working out the exact form and details,” the finance minister said Friday.

For Renault, a five billion euro ($5.4 billion) bank loan package guaranteed by the state is being worked on, Le Maire said.

“What is at stake here is our automobile industry. Renault is an industrial flagship that belongs to our culture and history,” he added.

The French state retains shareholdings in both Renault and Air France of 15 and 14.3 percent respectively.

Le Maire had previously warned that he expects GDP in France to contract 8 percent this year due to the effects of the lockdown against the coronavirus which is due to last in France until May 11.

“This crisis is historic. It will last years. It will be long. It will be difficult. I want every businessperson to know that… the state will be beside them,” he added.

He said France would do everything “to save its companies and start again with an economy that is more respectful for the environment.”