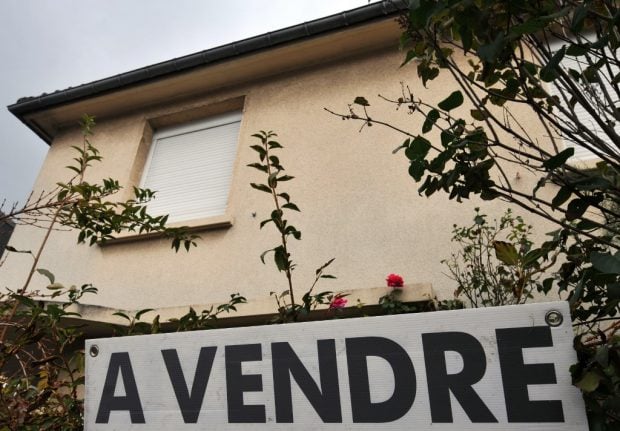 A strict nationwide lockdown and travel restrictions with no current end date have thrown many people's moving plans into disarray.

And for British people who are planning on making the move there is also a ticking clock – the end of the Brexit transition period.

READ ALSO Brexit: What does the transition period mean?

As things stand at the moment, the transition period ends on December 31st, which means that anyone who wants to benefit from the more generous residency terms in the Withdrawal Agreement needs to be a resident before that date.

In theory moving to France is not impossible even with the tight coronavirus restrictions in place in France.

The French government has made it clear that “only house moves which cannot be postponed are authorised”, in other words where the sale of primary residence has gone through or your lease is up.

Everyone else is asked to delay moving house.

Anyone who cannot delay the move is required “to respect safe hygiene and social distancing measures, contact the police or the gendarmerie to report your move and find out if there are specific local restrictions and bring the travel certificate, explaining that you are traveling for the reason of a non-reportable move, of which you specify the date and the two addresses of departure and destination.” More information in French here under “logement”.

The @gouvernementFR website https://t.co/anQLsI6jK9 sets out the rules: house moves are only possible when there is no other choice.

Don’t forget your documents to prove this is the case. And your attestation(s): https://t.co/G2Qt0maNT3 pic.twitter.com/Dl3uNqyrlI

If you want to move to France before the end of the year, what do you need to know? This is the most immediate problem – travel into France is currently heavily restricted and we don't know when these restrictions are going to be lifted.

You can read more here on the situation on travel to France from both within Europe and outside.

Carole Taylor and her husband are planning on moving to France this summer after taking early retirement.

Carole, 56, from the Wirral, sold her sandwich shop as her husband took early retirement from his work as a telephone engineer.

She said: “We managed to get over to France in March, just before the closure, and found a house in Pays-de-la-Loire.

“That purchase is still going through, the estate agents are still working so that's still happening but obviously we can't get back.

“We have got a buyer for our house in the UK but we weren't planning on moving until August so we are hopeful that the situation will be better by then.

“We want to move before December 31st because of the Brexit situation but if we can't move after the house in the UK sells we might have to move in with my mum or my son or daughter for a while.

“It's a a bit stressful but I'm an optimist so we're hoping it will be OK.”

There is currently no end date to the restrictions but various French politicians have responded to questions about travel in July and August by telling people not to make any plans at this stage.

Residency and other paperwork

So assuming you manage to make it into the country, will it still be possible to do the various bureaucratic tasks associated with switching countries? READ ALSO Driving licence, residency card or healthcare – which should I do first when moving to France?

Most government offices are currently closed and automatic extensions have been brought in for long-stay visas and titres de séjour that would normally need reviewing during the lockdown period.

However government offices are along the workplaces that will start to reopen from May 11th so processing paperwork for residency and health cover is expected to be relatively normal by the summer.

For British people there is a special online portal to request the carte de séjour that all British residents will need in France after Brexit.

That was scheduled to open in July and so far there has been no mention of a delay.

A web portal to allow British people to swap their driving licences went live as scheduled in March and applications are continuing to be processed.

If you're having furniture or other belongings shipped over, that will also be affected by the rules on non-essential travel discussed above.

Local reader Jonathan Ashby had the bad luck to move to the Lot et Garonne area of France the week before the lockdown began – meaning that his belongings were stuck in the UK.

He said: “All our belongings and furniture are stuck in the UK as removal companies are not allowed into France.

“So we are living in an empty house with a bed made from old cushions and a fridge that doesn't get cold.

“Everywhere is closed apart from food shops, so it's not exactly the new life in France that we hoped for.”

Within France deliveries are continuing, albeit at a slower than usual rate.

Mail deliveries were down to three days a week at one point but have now been increased to four days and are expected to go back to normal by the summer.

Shops that remain open are still doing home deliveries, including some furniture and electrical suppliers. Essential shops are currently open and more businesses will be reopening from May 11th. Photo: AFP

If you're of working age you will need to consider employment opportunities and these could become scarce over the course of the year.

Economists predict that France is facing its worse recession since 1945 as a result of the virtual shutdown of the country's economy during the lockdown.

Of course France is not alone in this, and most of the world is facing tough economic conditions, but it's worth bearing in mind if you don't have a firm job offer – particularly if you are already at a disadvantage through not speaking much French.

Can I delay the move?

If you're British you might be aiming for the deadline of December 31st (depending on what happens with the Brexit process).

Louise Wallace, from Burton-on-Trent, said: “Our plan was to come over during the summer, find somewhere to live then make the move.

“Hopefully that will be still possible, if we can't start until autumn I think I will be a bit stressed about getting there in time for the end of December.”

Moving after Brexit will of course still be possible, but it will be considerably more complicated and expensive than the process laid out under the Withdrawal Agreement.

A couple of things to bear in mind here is that your residency application will ask you to prove that you can support yourself financially (either through a job, a pension or other income) – but there is no requirement for your work to be done in France. So remote working for your current employer could be an option.