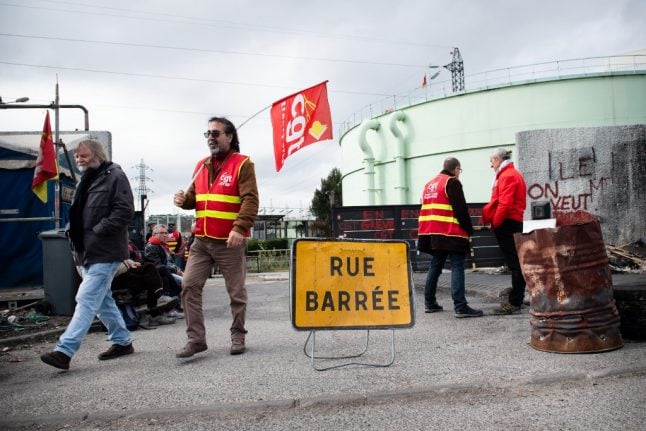 The union – the country's third largest representing the education sector – filed an official strike notice until May 30th, listing demands that the government must comply with before opening schools in May.

May 11th is the day the government has designated as the beginning of the end to the strict, nationwide lockdown that has halted the French economy for weeks now.

The hardline CGT union has also threatened with strike action due to “serious shortcomings in terms of security measures.”

The CGT – at the forefront of mass transport strikes in December – represents a broad group of workers, and the strike notice accounted for about 85,000 employees in professions spanning everything from public servants to employees of private water companies and the housing sector.

In a letter addressed to the government, the CGT said that “masks are still lacking (..) and no measure of coherent testing has been put in place.”

French President Emmanuel Macron on Thursday told mayors that parents would have the last say in whether or not too send their children back.

But Fnec FP-FO said in their press statement that the government's plan was “unacceptable” and “irresponsible.”

They asked the government to ensure masks for everyone, sets up a system for extensive and regular testing and requires that school directions file detailed, regular security reports.

“It's a prerequisite that is not negotiable,” Poullet said about the three demands.

By Thursday afternoon a call for teachers to join their cause had gathered about 43,000 signatures. Poullet said teachers had what in French is known as droit de retrait, which refers to an employee's individual right to stay home from work if security breeches render the work space dangerous.

But the union had decided to issue a formal strike notice too in order to “cover all loopholes,” Poullet said.

“We will support everyone among our colleagues that want to stay home from work to protect themselves and the children in their classes,” he said.

The government has said reopening the schools was important in order to ensure that vulnerable and disadvantaged children, many of whom have been unable to take advance of home-education offers, can be brought back into education.

“We are the first to say that we need to get back to school as quickly as possible,” Poullet said, adding that his union “shared the concern for children in difficult situations.

But, he added, he “struggled to give credit to Macron and (Education Minister Jean-Michel) Blanquer.”

“These are the same people who have deleted teacher's positions and contributed to the destruction of the school system,” he said.