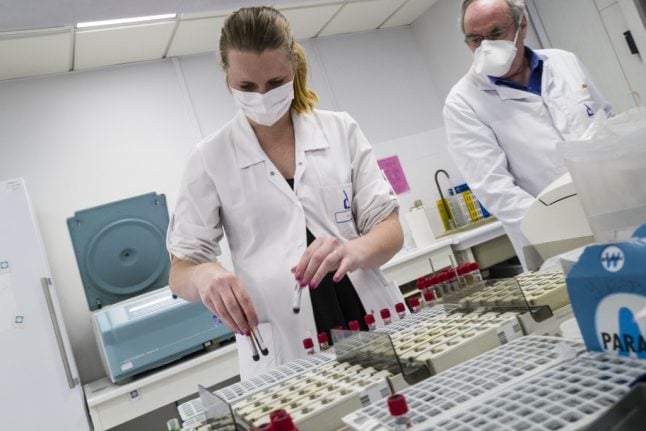 The Pitié-Salpêtrière hospital in Paris is to start a trial using nicotine patches after preliminary studies suggested that smokers were less likely to contract the virus.

However this isn't a reason to take up smoking – smokers who do catch coronavirus are likely to be more seriously ill because of the existing damage to their lungs.

Respiratory conditions such as lung cancer and emphysema, frequently associated with smoking, are high among the list of underlying illnesses found among people who have died from coronavirus.

But the nicotine found in cigarettes may help prevent the virus from spreading around the body, and prevent the extreme immune reactions seen in some patients.

The hospital team is awaiting permission from the Health Ministry to start to study. Marseille-based professor Didier Raoult has been a strong advocate of chloroquine. Photo: AFP

This is without doubt the most high-profile of the studies going on in France, due in part to US president Donald Trump touting it as a 'wonder drug'.

The clinical trial in France into chloroquine – a commonly used anti-malaria medication – is still ongoing but there have been reports of severe side effects in patients including heart problems.

Other trials on it throughout the world have produced similarly mixed results.

Several hospitals in Paris are experimenting with transfusing the blood plasma of patients who have recovered from coronavirus to seriously ill patients, in the hope that the antibodies present in the blood will help.

Patients in the Grand-Est, Île-de-France and Bourgogne-Franche-Comté – the worst affected regions – who have been symptom free for 14 days are being contacted and asked if they would be willing to donate blood.

The blood of a certain type of sea worm is particularly rich in haemoglobin, so it is hoped it could increase oxygen levels in patients who are experiencing severe respiratory difficulties.

If that all sounds a bit medieval, it's not the whole worm that is used, just a molecule derived from its blood. Trials are currently ongoing at three Paris hospitals. Testing is ongoing on a variety of pre-existing drugs. Photo: AFP

There are also a variety of more conventional treatments being tested, including the existing drugs for AIDS, hepatitis and Ebola.

The French Health Ministry has given permission for a six-week trial of these drugs on around 800 seriously ill patients in hospitals around France.

Weighty French daily Le Monde felt moved to assure its readers that the classic French blue cheese is not a coronavirus cure, after a viral Facebook post claimed that is is being tested by Professor Raoult.

“A Facebook post shared with us states that Professor Raoult is said to have been working with “Penicillium roqueforti” to find a cure for Covid-19. But this is not true,” the newspaper stated.

This is actually a rumour that surfaces fairly regularly about roquefort, due to the fact that the mould that makes it blue belongs to the same family as penicillin.

However so far it has not been reliably proved to be a cure for anything, apart from possibly cheese cravings.