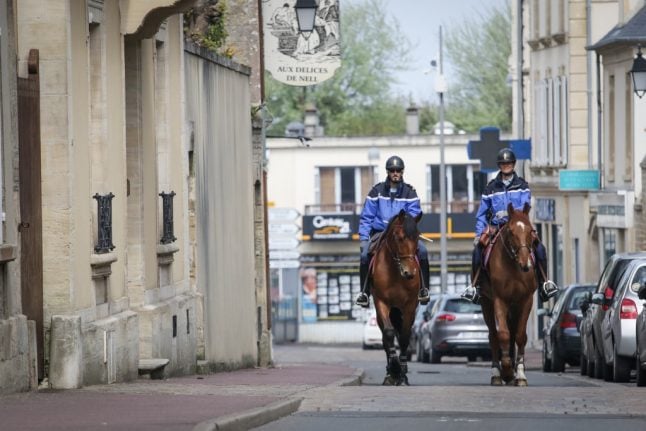 Interior Minister Christophe Castaner said the country's police had carried out 15.5 million stops since March 17th, the first day of the strict nationwide lockdown, and handed out 915,000 fines.

Fines were initially €38 but were quickly raised to €135.

“Remaining in lockdown is extremely difficult,” Castaner said in an interview with BFMTV.

As he thanked the French for showing “exemplary behaviour” in respecting the government's rules, he noted an increased number of “slip ups” lately.

“It's our duty to maintain a high level of controls,” he said, to ensure that people in France continue to follow the rules.

Police in Brittany have over the past week increased the number of checks on tourists and holiday home owners in the region, after a Parisian couple was fined for having rented a property on the coast of the Finistère département.

The couple were ordered to return to Paris.

Police told France Bleu they had issued several similar fines, including to second home owners reminding them that changing location was strictly forbidden during lockdown. Those found to have broken the rules were fined €135.

At the beginning of the lockdown on March 17th the government said people would be allowed to travel to the second homes, as thousands have done, for the lockdown period.

READ ALSO: No, you can't go to your holiday home in France during lockdown

But once the lockdown began, people are expected to stay put.

In a statement to The Local, the government made it clear to British owners of second homes in France – and indeed those in France – that they should not be changing their place of residence during lockdown.

“People, French and British alike, are not allowed to travel to their second home until the end of lockdown,” read the short but concise statement.

France's nationwide lockdown has imposed a new order of social distancing that has been crucial in limiting the spread of the coronavirus in the country.

Since March 17th, people have been told to stay home, only going out for essential errands such as grocery shopping, important doctor's appointments, walking the dog or some brief physical exercise.

Before Easter, the interior minister said that under no circumstances should people travel for holiday purposes, and that the number of checks would increase to ensure that people complied with the rules.