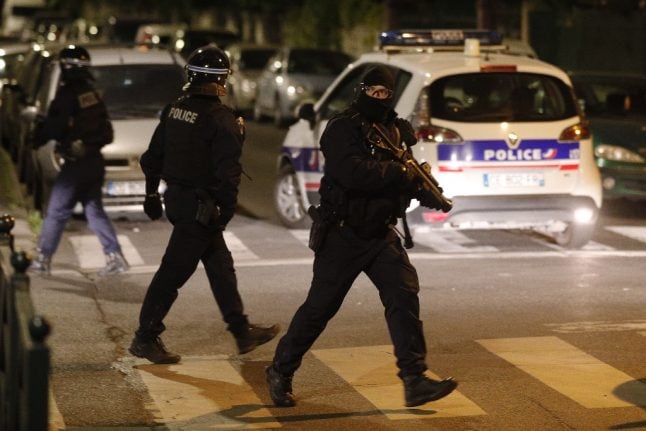 Neighbours in Paris’s western suburb of Hauts-de-Seine witnessed another night of violence on Tuesday, following an accident involving a motorcyclist and a police vehicle over the weekend.

Sporadic violent incidents broke out throughout the night in several areas of the départment of 1.6 million inhabitants, including a school which was partially damaged after being set on fire.

“The headmaster’s office was destroyed and two rooms were damaged,” said Hauts-de-Seine’s préfecture in a statement with regard to the Paul-Langevin primary school.

Police officers were also targeted with fireworks in Nanterre and Villeneuve-la-Garenne.

Similar violent incidents involving projectiles and rubbish containers being set alight were also reported in Seine-Saint-Denis on Tuesday night, mainly in the communes of Aulnay-sous-Bois and Montreuil.

Although no one was injured, nine people have been arrested.

Tensions were ignited in the early hours of Saturday when a motorcyclist was injured during a police check in Villeneuve-la-Garenne commune, prompting about 50 angry bystanders to gather.

The motorcyclist, 30, was hospitalised with a broken leg and had to undergo surgery after he had crashed into the open door of a police car. A man fires fireworks during clashes in Villeneuve-la-Garenne, in the northern suburbs of Paris. Photo: AFP

Residents allege the door was opened deliberately so that the rider would smash into it.

The man will lodge a complaint against the officers, his family and a lawyer told AFP, while prosecutors have opened an investigation.

However on Tuesday he sent out a statement asking for the violence to stop: “I’ve heard there have been clashes, that cars have been damaged and torched. I’m asking you to go home and calm down. Justice will be served”.