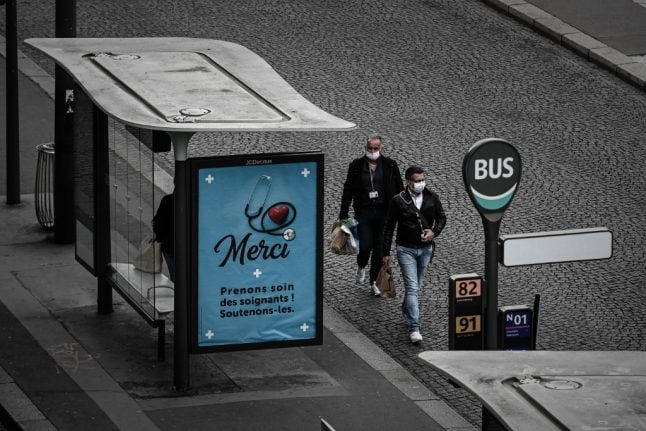 “This morning there are 10 million employees whose salary is paid for by the state because they are on partial unemployment, ” said minister Muriuel Pénicaud.

The government's “chômage partiel” scheme has been described as the most generous in Europe and is aimed at avoiding companies laying off staff en masse.

The government has stumped up billions of euros to cover 84 percent of salaries of those on partial unemployment.

Around 820,000 employers, or more than six in 10, have applied for the social security scheme.

Pénicaud described the number of 10.2 million workers on the scheme as “considerable”. It equates to over half of the workforce in the private sector.

“We have never done this before in our country,” Pénicaud told BFM TV.

The minister also added that there had been a huge fall in recruitment in France and everything would depend on how quickly the economy could relaunch once lockdown ends.

President Emmanuel Macron vowed that “no company would be abandoned to the risk of bankruptcy” when announcing the widespread business closures and stay-at-home orders implemented on March 17.

His government last week raised its economic relief package to €110 billion and extended the temporary layoffs programme to individuals who employ nannies or cleaners who can no longer come to work.

Penicaud said entire sectors of the economy have effectively been shut down, with nine out of 10 workers in hotels and restaurants as well as in construction now unemployed.

“It will be a difficult year for employment,” said Pénicaud.

The government will begin easing lockdown restrictions on May 11th.

What is 'chômage partiel' and how do I claim it?

Only employees on fixed-term contracts – both longterm contracts type CDI or shorter periods of type CDD or CDU or even internships – can get 'partial unemployment' remuneration. Pigistes, freelancers, are not mentioned on the pôle emploi's website dedicated to the coronavirus crisis, however worker's unions have said those working as pigistes also should be considered by the measure.

Prior to the coronavirus crisis, not all employees belonging to a company that filed for chômage partiel would have access to this type of financial protection.

France’s government has now revised the system so that employees on a one-year contract are also included.

“Employees on a daily and hourly rate for a year can now benefit from partial activity benefits in the event of a reduction in their work schedule and in the event of the total closure of the establishment,” France’s Labour Ministry website reads.