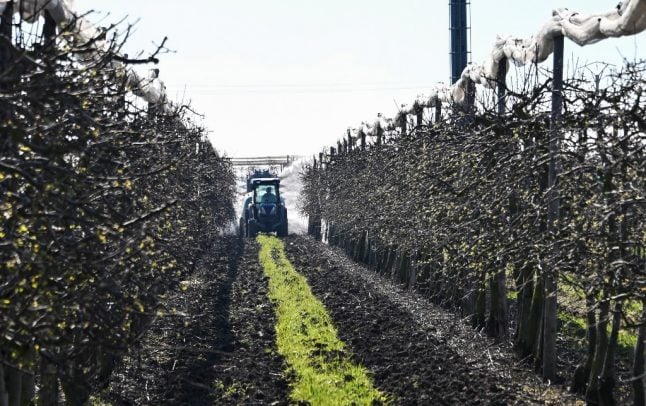 Farmers in France lost access to an important chunk of their workforce this year following the coronavirus pandemPhoto: AFP

Agriculture Minister Didier Guillaume released the numbers on Tuesday morning in an interview with Europe 1.

Guillaume thanked those who had signed up, saying that – thanks to them – “I think we will manage” to keep the sector afloat.

“This is not a voluntary scheme, it’s a real job contract,” the minister said, estimating that 70,000-80,000 people would be sent to the fields each month.

The French agriculture ministry launched a nationwide appeal to the French about a month ago, asking those who could to offer their help to the country’s struggling farmers.

French farmers lost access to an important part of their workforce this year as foreign seasonal workers are not able to participate in harvests following the strict restrictions on travel following the coronavirus epidemic.

“We are not replacing the foreign workforce by people who don’t have experience,” the agriculture minister said.

“These are people who come to help with picking and cleaning. It’s not technical work, it’s to help the farmers,” he said.

By April 10th, 5,000 people were working in French farms, according to France Info.

Farmers and workers can sign up on the platform Des bras pour ton assiette to ask for or offer their help.
The platform was launched by the French agriculture ministry and the national farmer's association FNSEA.
You register as either a employer or an employee, tap in your post code and tick the box “I accept to be called for a mission.”