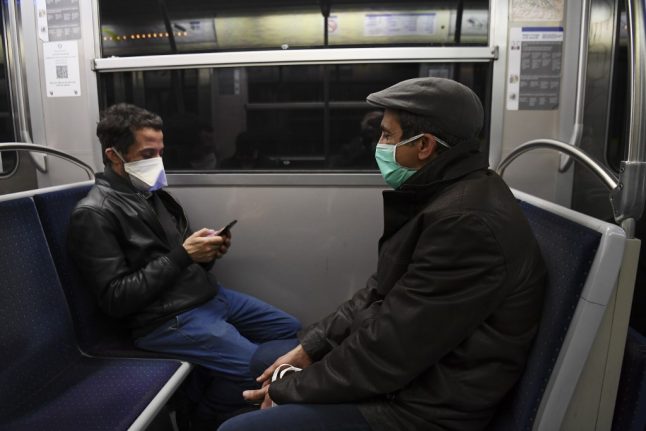 The city's mayor Anne Hidalgo has laid out the extra measures she wants to take to keep Parisians safe once the lockdown starts being gradually lifted from May 11th.

In his press conference on Sunday night, French Prime Minister Edouard Philippe stressed that even after restrictions start to be gradually lifted from May 11th, social distancing measures will still be in place. But in a city as densely packed as Paris, keeping at least 1m apart from people at all times is likely to prove challenging – particularly on packed rush hour Metro, buses and RER trains.

Mayor Anne Hidalgo, speaking to Journal du Dimanche, has laid out the extra measures she thinks will be necessary for the city, on top of the government rules.

Local officials have already imposed stricter rules than the national ones, with a ban on jogging between 10am and 7pm and restrictions on access to areas including the Seine walkways and the Champs de Mars.

This is what she wants to enforce

Masks would be compulsory on all public transport. This may end up being government policy too – the health minister said on Sunday that it was “likely” – but if not, Paris would do it anyway.

Valérie Pécrresse, head of Île-de-France Mobilites, backed this, saying: “I have asked the government to make the wearing of masks compulsory on public transport at the time of the deconfinement.”

The mayor also wants to create a network of hand gel dispensers, particularly on public transport such as at bus and tram stops.

The buying of tickets directly on the bus is already forbidden – instead you buy tickets in advance or on an app – and passengers are asked to use the middle door where possible. Paris mayor Anne Hidalgo has been a champion of cycle routes throughout her term in office. Photo: AFP

The city's crowded Metro system is probably going to prove the most challenging area to respect social distancing in, even with masks and hand gel, so the mayor wants as few people as possible to use it.

Instead she plans to increase cycle lanes, particularly along existing Metro routes.

“I'm thinking of temporarily laying out routes above the busiest Metro lines so that people who feel safer on bikes can get around,” she told the paper.
“In concrete terms, we want to double lines 1, 4 and 13 by above-ground bicycle networks on the same routes.”

The mass transport strikes in France in December and January saw many people taking to their bikes as an alternative to public transport, and the mayor is hoping that some of them will revert to this once the city starts to go back to work from May 11th.

The Prime Minister has also asked that anyone who can work from home continues to do so in the months ahead.

The French government will present its more detailed plan for the loosening of lockdown at the end of April.