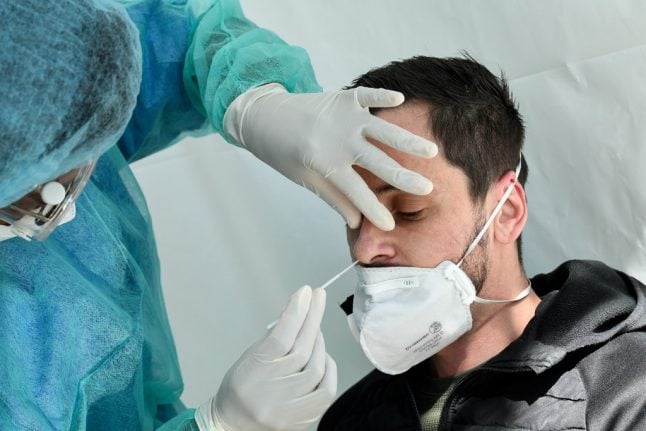 After May 11th the country will move into the next phase – which the French government has dubbed 'living with the virus'.

Health authorities are cautiously optimistic about the current situation, with France recording a slow but steady fall in the number of deaths and of patients in hospital.

READ ALSO Prime Minister: The coronavirus situation is 'under control'

The various ministries are working on their own plans, which will be collated into a full national plan at the end of April and then debated by the French parliament at the start of May.

That will form the basis of the final plan.

But here's what we know so far about the lifting of restrictions;

Businesses will start to reopen from May 11th and more people will be returning to work from that date. There are currently 9 million workers on the chômage partiel (partial unemployment) scheme put in place by the government to avoid mass lay-offs during the lockdown, and many of them will be able to return to work in May.

Anyone who can do their job from home will be asked to continue doing so for the forseeable future.

Bars, restaurants, cafés, museums and tourist sites will reopen at a later date, so anyone employed in the hospitality sector will remain off work.

Employees will be expected to observe social distancing rules at work.

Businesses that will be open, such as supermarkets, will have to ensure measures are in place enabling people to respect the one-metre safety distance from one another, and they may be expected to provide virus-killing hand sanitising gel to all customers.

Schools will begin to reopen from May 11th, but the final choice on whether to send children back will lie with parents.

The reopening will be gradual, with some classes going first, and local authorities involved in the decisions.

However Philippe insisted that schools must reopen, saying that for the many children – mostly from poorer backgrounds – who cannot take part in distance learning a longer delay would prove to be a disaster.

For more detail on the school reopening, click here.

Travel around France is set to be allowed again after May 11th.

After quashing rumours that the lifting of lockdown will be done on a regional level, the Elysées Palace confirmed that it was “working to ensure that there will no problem in travelling between regions” after May 11th.

French people have been told not to book summer holidays for July and August and further decisions on travel both within Europe and further afield are still pending.

These will be compulsory on public transport after May 11th, the Elysées confirmed on Thursday.

It has already been announced that masks will be distributed – probably via local authorities – to the general population before May 11th and political and health leaders say they are “encouraged” for all trips outside the home.

This still needs to be confirmed by the French parliament, but the Ministry of Sport says it wants jogging, cycling and walking to be able to happen as normal after May 11th. This is currently heavily restricted with cycling for exercise banned altogether and walking or jogging only allowed for one hour a day, within 1km of the home.

The sports ministry has also laid out a timetable for the resumption of professional sport and the reopening of gyms.

This has been a bit of a sore point in France, with the country accused of not testing enough. Véran said that by May 11th there would be sufficient capacity to test anyone with symptoms, but also outlined an idea for contact testing and – voluntary – tracing of population movements.

This will be debated by the French parliament at the start of May.

Those who test positive for the virus after May 11th must quarrantine themselves, but they will have the choice of being confined with their family, for which strict rules will apply, or being isolated in special hotels said the PM.

Over 70s and vulnerable groups

These people will be asked to stay in confinement for longer, but Véran added that this is a recommendation, not an order, and relies on the principle of “individual responsibility”.

Visits to the nation's Ehpad nursing homes, which have been banned for more than a month, will be allowed again from Monday, under strict conditions.

This will remain the norm for many months to come with social distancing advised at work and on public transport – which could be a challenge on the Paris Metro.

Hygiene gestures like hand-washing, hand-gel and sneezing into your elbow will continue, as will avoiding handshakes and la bise, the French double cheek greeting kiss.

In answer to a question on when it will be possible to hold gatherings such as wedding and funerals again, Philippe replied that it was again too early to say, but “it doesn't seem reasonable that a marriage of say 200 people gathered in confined place is to be envisaged. For how long I don't know.”

France managed to hold the first round of its local election before the lockdown, but had to cancel the second round of voting. A decision will be taken by the end of May on when the second round will be rescheduled for.

The general message of Sunday's press conference is that life as we knew it before the lockdown will not be returning for many months.

It is estimated that only between two and six million people in France have been exposed to the virus, not enough to create any sort of immunity, and there is no vaccine or effective treatment.

Philippe said: “Our lives from May 11th won't be exactly what we knew before the lockdown.

“We will fight this by changing our habits. This will be our next challenge, and we will make it.”

But in the midst of this challenge, France also has to face a recession predicted to be the worst to hit the country since 1945.