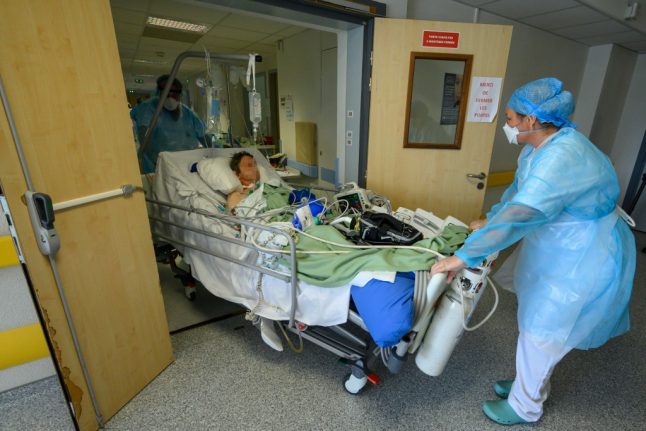 Back in early March, as the coronavirus outbreak in France was just beginning, each death was announced separately and was frequently followed by personal tributes in the victim's local paper, giving a face and a personality to the statistics.

But as the death toll rose this because impossible and now we are simply given daily announcements of the numbers of people – still in the hundreds – who have died in the past 24 hours.

But while it is sadly no longer possible to say exactly who these people were, detailed data from the French public health agency Santé Publique France does enable us to learn some things about the victims of the virus.

So who are these thousands of people?

Unsurprisingly, the majority of victims in France are elderly and this is the one trend of the virus that has been clear from the start; elderly people are the most vulnerable.

Although the elderly are in general more vulnerable to illness this is not always the case in pandemics – the 1918 Spanish Flu hit young adults the hardest, with half of all deaths occurring in the 20-40 age group.

Since March 1st, 71 percent of coronavirus victims in France have been 75 or older, with a further 18 percent in the 65-74 age group.

The death of a 16-year-old sixth form student in Paris was widely reported, but statistically was very much an anomaly.

Again, it is not a surprise that people who already have medical problems are less able to fight off coronavirus, but there are some conditions that seem to make people particularly vulnerable to the illness.

More than 80 percent of the people who have died in France had at least one underlying medical condition.

Of the people who died in hospital, heart disease (36 percent) was the most commonly seen illness, followed by diabetes (30 percent) and respiratory conditions (23 percent).

Obesity has been raised as a risk factor by several French public health officials, and 9 percent of the people who died were counted as morbidly obese (with a BMI of 40 or above).

Pregnancy is often listed as a risk factor for a range of illnesses, but the Santé Publique France data listed no pregnant women among the dead.

The above detailed data is only available from patients who died in hospital.

Around one third of deaths in France have occurred in the country's Ehpad nursing homes, whose occupants are elderly and frail, so in fact the underlying illnesses will be much higher.

Replicating data seen all over the world, more men have died in France than women.

In France 57 percent of coronavirus deaths were men, compared to an international ratio of 61 percent.

No-one can really explain why this is the case and suggestions range from the social – men are generally more likely to be smokers and less likely to visit the doctor – to the biological such as differences in hormone reactions to the virus. A military hospital was built in Mulhouse in Grand Est, one of the worst affected regions. Photo: AFP

Residents of Paris and eastern France

We know that certain regions are worse affected than others, but the data shows the huge differences between different parts of the country.

Thirty nine percent of victims are from the greater Paris Île-de-France region, where just 18 percent of the population lives.

The second highest death toll is in Grand Est, the eastern region including Mulhouse which saw the first coronavirus clusters and accounts for 21 percent of deaths.

The data then sees a big fall to the next worst regions of Hauts-de-France (nine percent), Auvergne-Rhône-Alpes (eight percent) and Bourgogne-Franche-Comté (five percent).

These numbers provide the context for the mass evacuation operation that saw hundreds of critically ill patients moved out of Île-de-France and Grand Est, by train and plane, to other parts of France.

IN NUMBERS The evacuation of patients from France's overwhelmed hospitals

All data from Santé Publique France, from March 1st to April 14th.