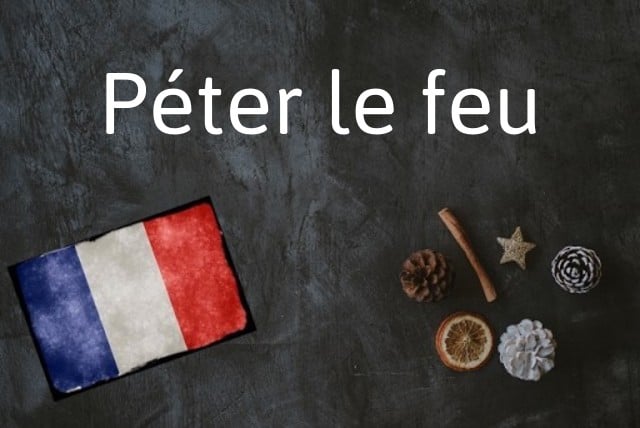 Why do I need to know péter le feu?

It's a common French declaration especially among the elderly.

Fortunately for all concerned that's not the phrase's actual translation and in fact farting fire is a good thing – it means to be in good form, good health or firing on all four cylinders.

So when French newspaper Le Parisien interviewed an indignant pensioner about plans to extend the lockdown for the over-70s, he declared:

It's not only a phrase for the elderly though, anyone can say it if they feel in good form.

The verb péter has quite a few uses in casual phrases.

You can use péter les plombes – to blow a fuse or go beserk (in this instance péter is used with its secondary meaning of to burst or explode rather than to fart).

Or péter un câble has a similar meaning – to completely lose it and go up like a bottle of pop.