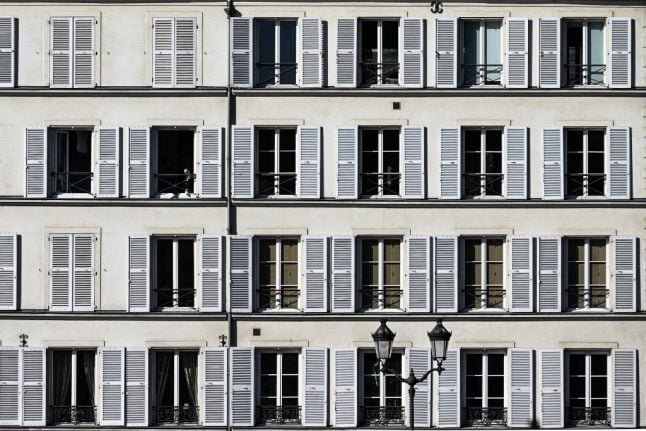 France will remain on a strict nationwide lockdown until May 11th. Photo: AFP

“We need to celebrate this, while staying very prudent,” said Director General of Health Jérôme Salomon referring to the first drop in the number of hospital patients.

A total of 31,779 people were hospitalised for the coronavirus on Wednesday evening, Salomon confirmed.

This represented a decrease of 513 since Tuesday.

The fall came as France continued to report a daily fall in the number of coronavirus patients in intensive care.

The trend continued on Wednesday – which marked the seventh consecutive drop in the number of intensive care patients.

There were still however 6,467 seriously ill patients in intensive care – down from 6,730 on Tuesday.

This number included 263 new admissions over the past 24 hours.

A total of 17,167 people have died from the coronavirus in France since the beginning of the outbreak.

Of these, 10,643 were hospital deaths and 6,524 deaths in the country's nursing homes for the elderly, known as Ephads.

Over the past 24 hours, 514 people had died in the country's hospitals.

The total death toll represented a large jump from yesterday's number (15,729), and Salomon said the difference did not represent a daily toll due to the delayed collation of data from the Easter weekend.

The number also included additional information from the country's nursing homes that is in the process of being collected.

France's nursing homes have been hard hit by the coronavirus, and the total number of deaths in these homes since March 1st is not yet known.

France has been on a nationwide strict lockdown since March 17th, which this week was extended until May 11th.

The positive effects of the lockdown has been made clear in the decreasing intensive care rates and now also in the total number of patients in hospital.

The government has said a “high plateau” of the epidemic curve has been reached, but that in order to continue the downward trend people needed to continue to respect the rules of staying home and practicing social distancing.