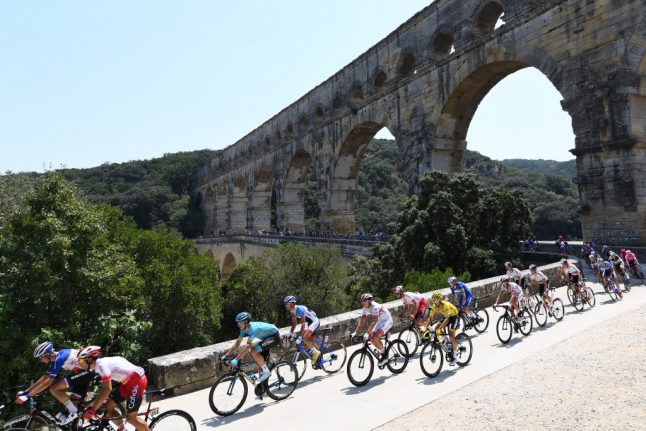 A report in the Dauphine newspaper on Tuesday said that the Tour will instead begin on August 29th, with the race to finish in the capital on September 20th.

An official announcement will be made on Wednesday.

Originally slated to start from Nice with a caravan of around 4,500 people on June 27th and arrive in Paris July 19th, there is no chance the event can go ahead as planned and organisers face a mammoth logistical task of rescheduling.

So far organisers Amoury Sports Organisation (AS0) have remained silent publicly, but several mayors of the French towns along the planned route say they have been consulted on the matter of the new date.

French President Emmanuel Macron said in a televised address Monday that a strict lockdown in France would continue until at least May 11th and public gatherings were banned until mid July.

Tour director Christian Prudhomme has said previously that riders would need two clear months after the lockdown ended to get ready for the race, which is no longer possible given the May 11th extension.

France's Minister of the Interior Christophe Castaner spelled out on Tuesday that ASO had to reschedule or cancel.

“It is up to the organiser to analyse their ability to organise it and reschedule it,” Castaner said on French radio.

Speculations surrounds a possible late July start, or mid-August, or even a September race.

“Social distancing on the roadside wouldn't be a problem, but in the start towns, at the finish line and in the VIP tents it certainly would,” Belgian virologist Marc Van Ranst told Flemish tv station Sporza on Saturday.

Suggestions the tour could be held behind closed doors have been ruled out. Fans are a key element of the Tour which is synonymous with the holidays in France, with the party atmosphere popping as the caravan winds its way through the prettiest parts of the country.

“The Tour de France is 3000km of smiles,” ASO chief Christian Prudhomme has said in reference to the holiday roadside gatherings. “We won't run a Tour de France without the fans.”

Between a rock and a hard place

Macron's announcement may have caught the organisers short and many people in France were surprised when the mid-July ban was announced.

A late July start for the Tour could be considered too close to that ban on public gatherings while also running up against another problem. To be able to race 21 tough stages, the athletes need to be in peak condition, and would ideally need a one-week preparation race before it.

ASO own the Criterium du Dauphine eight-day race and had been hoping to use that jaunt through the Alps in late June or early July. But that event has been postponed.

A second obstacle would be hotels, which would normally expect to be fully booked in the first two weeks in August.

A mid-August start would see the finish in September, meaning a clash with the Veleta a Espana.

The Tour could be staged in September, but would lose its own sense of identity by moving out of the holiday period.

There are only 176 riders on a Tour, but the whole event involves around 4,500 people with team staff, logistics, police and media all moving every day in a minor miracle of organisation.

Cancellation is the worst case scenario.

The “Grande Boucle”, as the Tour is known in France, is the central economic pillar which supports the 22 professional teams on the roster for 2020.

“It's as simple as this. If the Tour does not take place, teams could disappear, riders and staff alike would find themselves unemployed,” said Marc Madiot, the chief of top French outfit Groupama-FDJ.

The riders are also straining at the leash to race with 2018's Welsh Tour winner Geraint Thomas saying he was desperate for the race to go ahead.

“There are bigger and more important things to sort out first, but as soon as it's safe and ready to go, we (Ineos) would love it to happen,” said the Ineos rider whose teammates Chris Froome and Egan Bernal have both won the Tour themselves.

What are my rights if I am arrested or imprisoned?

If you are arrested you have the same rights as a French citizen to legal advice, phone calls, bail and a full trial – full details HERE.

There are some extra things to be aware of however;

Once arrested you have the right to an interpreter during police interviews.

You have the right to call your Embassy, although the help the Embassy can offer you is much more limited than many people think.

If you are released while awaiting a court hearing you will usually have to hand over your passport and undertake not to leave the country. If you are not a French resident, the judge can assign you a residency address in France.

If you are found guilty and imprisoned in France you maintain several rights, such as the right to vote (if you have French citizenship). France’s interior ministry has a handout detailing these rights, HERE.

Can I appeal against my sentence?

Yes, you have the right to appeal a court’s decision.

Keep in mind that this can be a lengthy process with very specific deadlines – and it can go either way, so you risk a sentence being increased.

If you are acquitted in court,  French law also allows for the prosecution to appeal against your acquittal.

I am the victim of a crime, what are my rights?

In France, the role of the state and the prosecutor is to protect the peace, this means that if someone commits a crime against you, it is up to the state to decide whether to move forward with criminal proceedings.

It’s not up to the victim to decide whether or not to press charges.

Conversely, if the state chooses not to go ahead with criminal proceedings, but you (the victim) want them to press charges, you have the right to appeal against their decision to drop the case.

Can I be expelled from France for committing a crime?

Yes, although this is generally reserved for people who have committed serious crimes such as violent crime, drug-trafficking or terror offences.

If you have been jailed for a serious crime in France you can be served with an ‘interdiction du territoire français‘ – a ban from French soil – on your release. These are reserved for the most serious offences and simply being incarcerated does not necessarily lead to expulsion.

If you are a full-time resident in France but not a French citizen, then being convicted of a crime can mean that your visa or residency card will not be renewed. This is again usually reserved for people who have committed very serious crimes, but in certain circumstances residency can be withdrawn for less serious offences such as driving offences or begging.

READ ALSO What offences can lose you the right to live in France?

If you have French citizenship it’s virtually impossible for your to be expelled from France although in some rare cases – usually connected to terrorism – citizenship of dual nationals can be revoked.

What are the rules for minors?

Minors in the French legal system have some specific rights. The EU has laid out the specific rights of minors, which apply in France as well, and apply from the time of arrest.