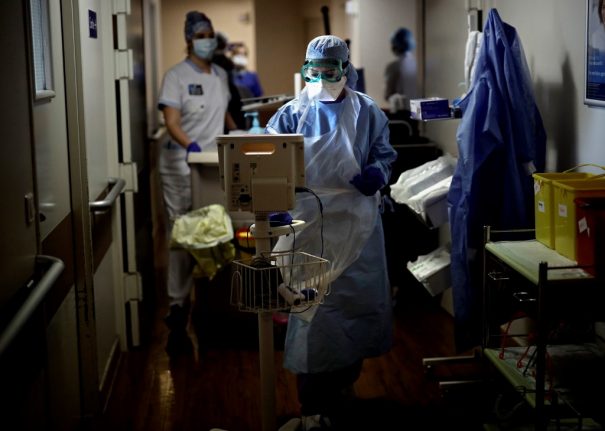 France's Director General of Health Jérôme Salomon confirmed that the country “has seen a plateau for several days now, but the pandemic remains very active”.

In his daily briefing, Salomon revealed that 541 deaths in hospital have been recorded in the last 24 hours.

The figures were up from the 335 and 315 recorded over the previous two days, but followed a pattern seen in recent weeks of lower figures reported at the weekend followed by a spike on Monday. Easter Monday is a public holiday in France.

Daily figures were not available for deaths in care homes, but the total number of hospital deaths now stands at 10,129 while deaths recorded in care homes stand at 5,600, taking the overall figure to 15,729.

France is one of the few countries in Europe to include deaths in care homes in its official statistics, Spain, Italy and England only count deaths in hospital in their official coronavirus death tolls.

Once again, the total number of patients in intensive care fell, down 91 from the previous day marking the sixth consecutive fall. Experts say this figure is crucial as it provides an indicator for the days to come.

It is against this background of a plateau in the number of deaths and steadily falling intensive care rates that France has begun to talk about lifting its strict lockdown rules.

President Emmanuel Macron on Monday night told the nation that lockdown will be extended until May 11th.

But he also laid out a roadmap for the gradual reopening of schools and businesses, if the health situation continues to improve and people continue to obey the lockdown rules.