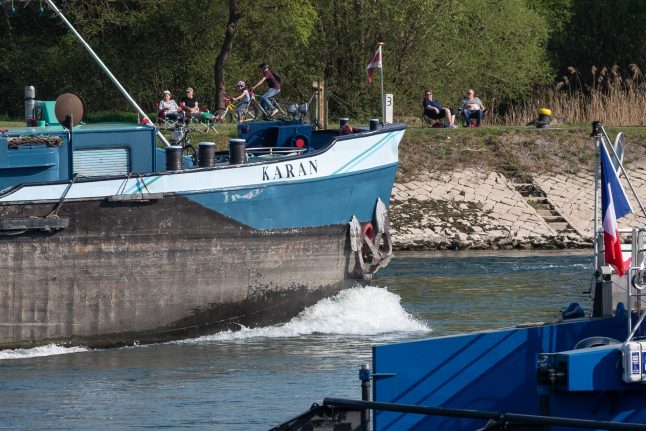 “Coronavirus knows nothing of nationality. It's the same for human dignity. It hurts to see how some of our French friends have been insulted and attacked because of COVID-19,” Mass posted on Twitter.

“Such behaviour is completely unacceptable. And besides: we are in the same boat,” he added.

“Our heart bleeds for the closed borders to France and Luxembourg,” Rehlinger said on April 8.

“We have heard that French people have been insulted and had eggs thrown at them. People doing such things are sinning against the friendship between our nations,” she added.

“Some have been insulted or stopped on the street” while others “no longer dare come here,” Gersheim mayor Michael Clivot told news site t-online.

The situation in Gersheim became so bad that Clivot posted a video directly addressing the townspeople on Facebook.

Some French people had reported being spat on while out walking or queueing at the supermarket, he said. One had been told to “go back to your corona-ridden country,” Clivot added.

The French consul in Saarland, Catherine Robinet, confirmed that 'isolated' incidents targeting French nationals had taken place in the region.

But Robinet urged against “generalising” the anti-French sentiment, adding that she had also received numerous messages of support.

Some people in France also have reacted poorly to Germans in the country, she added.

For the Gersheim mayor Clivot, the incidents showed that a decision by Berlin to close the frontier in mid-March in a bid to slow the pandemic's spread had been mistaken.

“What we needed (at the time) was joint action with France,” he said.

Since then, only goods deliveries and cross-border commuters have been waved through by police, while officers have turned back other travellers.

Grand Est on the German border has suffered France's most deadly COVID-19 outbreak with more than 2,000 confirmed deaths.

Across the border in Saarland, only 41 fatal cases have been registered by the Robert Koch Institute, responsible for disease control.