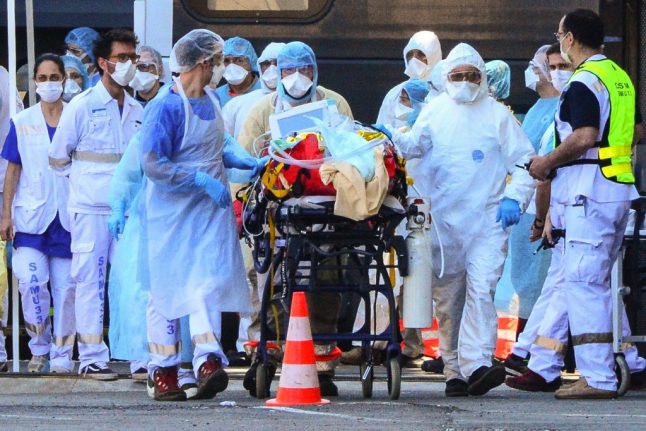 France's Director General of Health Jérôme Salomon announced on Saturday that the country had recorded 643 new deaths due to the novel coronavirus in the last 24 hours, 353 who died in hospitals and 290 in nursing and care homes.

The total number of deaths reported on Saturday is down on Friday’s total of 987, but in recent weeks the number of fatalities has dropped at weekends only to spike again the following Monday.

But French hospitals also saw the biggest drop in intensive care numbers yet since the outbreak began in the country – 121 fewer ICU cases compared to Friday’s figures.

This also represents the third straight day that French hospitals have seen a fall in Covid-19 patients in ICU.

“It’s a small ray of sunshine, but this slender light is very significant for all health workers,” Salomon told journalists.

“Now is not the time for ending the lockdown, but to respect the rules and social distancing.”

“The pressure on hospitals remains very significant. We are starting to see more and more people with different illnesses, who are suffering the effects of confinement”.

French President Emmanuel Macron is due on Monday to address the nation for a third time during the crisis.

He is expected to announce that the lockdown will be extended beyond its current April 15 expiration date.

The president on Friday hosted a video conference with business groups and union leaders to help prepare for his address.

“This is not the moment to drop our guard as the confinement is the way to halt the epidemic, he said mirroring his Health Minister’s words.

By contrast Yves Veyrier, head of the FO union argued: “We need to think about ending the lockdown, even if it seems we are not there yet”.