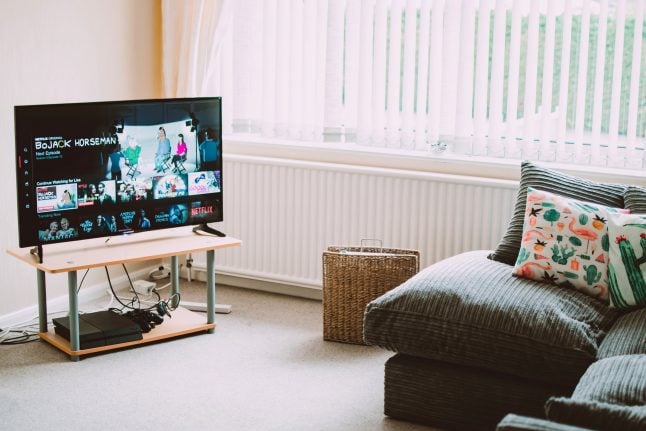 Here, The Local offers a guide to some of your leading options for streaming services and audio books – as well as VPNs that can unblock regionally-restricted content and protect your privacy.

Home to popular series such as The Grand Tour, The Man in the High Castle and Mozart in the Jungle. New films are added every month and you can watch on up to three devices at a time. Amazon has around 150 million Prime subscribers, who get Prime Video included.

HBO has a long-standing reputation for high quality production with recent successes including the Golden Globe-winner Chernobyl and Westworld. If you want something lighter, its comedy offerings include all ten seasons of Larry David’s Curb Your Enthusiasm.

The name has become synonymous with streaming. Netflix has 167 million subscribers – but its global market share has fallen amid growing competition. The choice of TV shows and films is vast and Netflix Original productions such as Stranger Things and Ozark have enjoyed great success.

Know the series you want to watch or the game you want to play but have found it’s not available in your region? Or maybe you just want online privacy and to protect your digital identity? The answer in both cases is a VPN. Here are five leading providers:

CyberGhost pledges to keep you anonymous online and ensure your entire connection cannot be tracked. One subscription can be used on up to seven devices and apps are available for Windows, macOS, iOS, Android and more.

You can protect an unlimited number of devices with ZenMate, which offers at least 74 global server locations. It offers apps for all your devices. It has attracted more than 40 million users in 160 countries since 2013.

ExpressVPN has servers at 160 locations in 94 countries and invites you to join up to “say goodbye to geo-blocks”. A single subscription comes with apps for all devices and a 30-day money-back guarantee.

This VPN promises “next-generation encryption” and a choice of more than 5,900 servers in 59 countries. NordVPN is compatible with all popular platforms and allows you to secure up to six devices with one account.

SurfShark is not shy of baring its teeth and claims to be “eating other VPN deals alive”. Subscribers can use this VPN on unlimited devices and are able to search Netflix libraries from 15 countries.

Storytel offers a range of subscription choices for individuals and families. All of them offer unlimited access and the chance to listen and read via mobiles and tablets. Storytel will also give you book recommendations.

Audible, part of Amazon, offers a vast choice of non-fiction and fiction across many genres; more than 200,000 titles in all. Audible Original Podcasts include documentaries and comedies. Paid membership includes one audiobook per month.

You can now buy a wide range of audiobooks on Google Play, as well as ebooks. You can make purchases without a subscription and get personal recommendations once you've finished a book.

This article contains 'affiliate links' that allow us to earn commission from certain retailers when our readers visit their sites and make purchases. This revenue supports our journalism. We produce these articles completely independently, which means that the retailers have no influence over the content, format or timing of the articles. 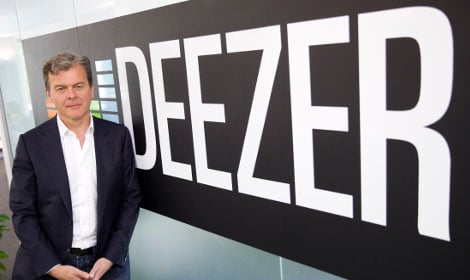 Hans-Holger Albrecht, the new German CEO of the company who replaced Axel Dauchez in February said: “I think there is going to be four or five big players in the future. Deezer is going to be one of them,” said

Albrecht said Deezer's strategy is different from giants like Apple, which is due to come out with its own streaming offer.

“Apple will be a strong competitor for sure,” Albrecht told AFP in an interview.

Much of Deezer's strategy is focused on global expansion, and it has already invested in 180 countries.

“Our product is top class. We've been very efficient at building a customer base with limited capital resources, so there is a high degree of efficiency.”

Video not a priority

Deezer unveiled on Tuesday a podcast option for customers in France, Britain and Sweden, hoping to enrich its content offerings.

“We have to demonstrate to the consumer that there is more than just music on Deezer. We know people have different kinds of tastes and needs,” said Albrecht.

The company entered the American market last year when it partnered with Sonos, a California based wireless headphone manufacturer. It also acquired Stitcher, the independent American supplier of podcasts.

Deezer has yet to release its subscriber numbers for the last several months.

While strengthening its key markets in France, Germany and Britain, Deezer is also trying to lock in more global partnerships, especially in developing countries.

Albrecht is familiar with emerging markets. He is former CEO of media and telecommunications group Millicom, which counted 50 million clients in Africa and Latin America.

In terms of user experience, Deezer wants to continue investing in technology and algorithms to improve its musical recommendations so listeners can have customised experiences.

“There is nothing more individual in entertainment than music. Around the world you don't have two people creating the same playlist. Music is very personal,” said Albrecht.

As far as adding video to its service, which Spotify has started to do, Albrecht says it is not high on the company's to-do list.