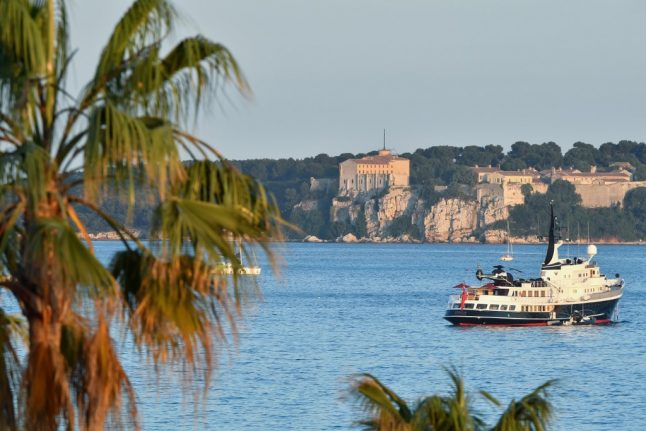 The group intended to holiday in Cannes. Photo: AFP

Local police met the jet, which had flown from London, at Marseille airport and refused entry to the 10 people on board.

All non-essential travel within France has been banned since March 17th and from April 6th anyone entering France needs to have an international travel certificate establishing that their journey is essential.

The group of seven men aged between 40 and 50 years old and three women aged between 23 and 25 years old were on board a private jet charted in London by a Croatian man claiming to work in the field of finance and real estate.

“They were coming for a holiday in Cannes and three helicopters were waiting for them on the tarmac,” the head of the border police service of Marignane (Bouches-du-Rhône) told local media.

“But we notified them that they were not allowed to enter the national territory and they left four hours later.”

A source close to the police told BFMTV that “they tried to make use of their connections, they made a few phone calls” before eventually returning to London on the jet, apart from one passenger who took a different private jet to Germany.

The group had arranged for three helicopters to collect them from the airport, the helicopters were also turned back and the pilots fined for non-essential travel.

The plane was halted on Saturday, but the incident was publicised by French police on Thursday, along with a warning that they will be paying particular attention to private jets in the coming days.

Anyone entering French territory now needs an attestation de déplacement internationale and people travelling with commercial carriers may be asked to present their certificate when boarding, as well as at the French border.

French citizens and their children are allowed back into the country, but foreigners are only allowed in under certain circumstances.

Both French and British authorities have already made it clear that travel to second homes in France does not count as 'essential travel' under the lockdown rules.

There will be extra police checks and roadblocks this weekend as French people are told not to travel to see friends and relatives over the Easter weekend.

READ ALSO How to have a traditional French Easter during lockdown